Underworld: Blood Wars is a headache-inducing experience which can, at best, yield bad puns about it being a bloody ordeal. 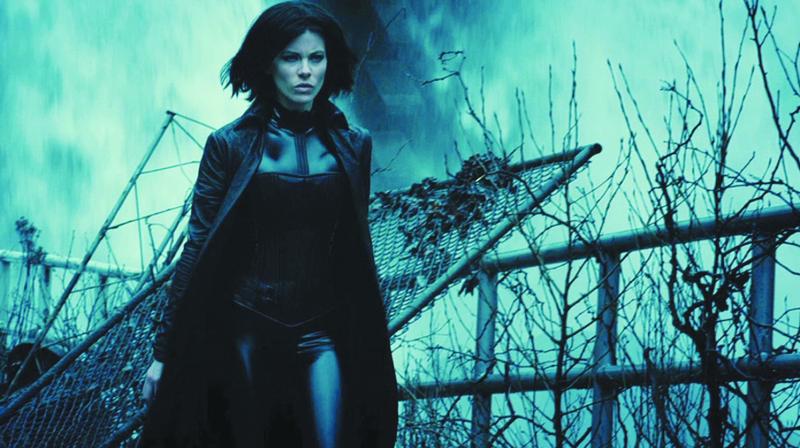 A still from the movie Underworld: Blood Wars
Rating:

To say that there is a dearth of solid, original narratives in franchises is an understatement. Nearly all of them seem to be derivatives of each other, pointlessly stretched beyond one’s threshold. Some films, such as Spider-Man can be tolerated; others, such as Transformers, is a shameful waste of resources. The fifth instalment in the Underworld series is in league with the latter. Underworld: Blood Wars is a headache-inducing experience which can, at best, yield bad puns about it being a bloody ordeal.

Picking up where it left off in Underworld: Awakening (2012), Selene (Kate Beckinsale) and her daughter are being sought for their Vampire-Corvinus Hybrid strain. She must hide her daughter in order to protect her from the Lycans and Vampires who are thirsty for their Hybrid blood as it will give them unbridled strength and immortality. With the help of David (Theo James) and his father Thomas (Charles Dance), she has to end the war between the two species that has been waging for centuries. Above everything, she has to fight for her life, which is in mortal danger, thanks to Marius (Tobias Menzies), a Lycan leader, and Semira (Lara Pulver), a renegade Vampire who aims to thwart the old counsel and instate her own rule. Meanwhile, there is another crisis amongst the Elders, for David discovers the truth about his lineage which can lead to a massive shift of power.

“This is a movie so paltry in its characters and shallow in its story that the war seems to exist primarily to provide graphic visuals,” wrote Roger Eberts on the first Underworld film in 2003. It is astounding how even this no longer holds true 13 years later. The perennial staple of the previous films — blue-black cinematography — is still present, and is far from helped by 3D. Visual darkness is merely a stand-in for thematic one. The action sequences and special effects are neither new nor spectacular. In spite of all the violence and gore that this film has to offer, such as people getting stabbed through their eyes and mouths, or spines getting ripped off in a single motion, results in more or less the same shock and awe that Selene feels upon getting beaten, shot at, stabbed and hurled across rooms and open landscapes alike — zero f***s given.

The only interesting aspect, if it can be called one, is the way in which a medieval concept of vampires and werewolves is grounded in the contemporary age, without compromising on the medieval-ness of the premise — Gothic architecture gives way to high-end technology; vampires make use of security cameras; curtains are drawn electronically; precision bullets are fired to let beams of light enter the room, which is fatal to the vampires; and yet, there is sword-fighting.

Beckinsale looks slick as she kicks ass. Theo James’ character, David, Selene’s protégé and ally, has a somewhat fleshed out backstory, even if it has been done to death previously. Lara Pulver, as the female antagonist, shows the same spark that she did as Irene Adler in Sherlock. One wishes there was more of her, but that would also mean more of this film or franchise.

I am wary of films which, from the moment of their inception, come with a disclaimer of being “mere” entertainers that should be viewed after leaving one’s brains behind, that can be enjoyed if one walks into the theatre knowing that one must not expect much out of it. How does that work, really? The Twilight Saga had more depth. (Yes, you read that right.)