Wonder Woman movie review: Not quite my feminist

The most interesting aspect of the film is its setting in the early 20th century. 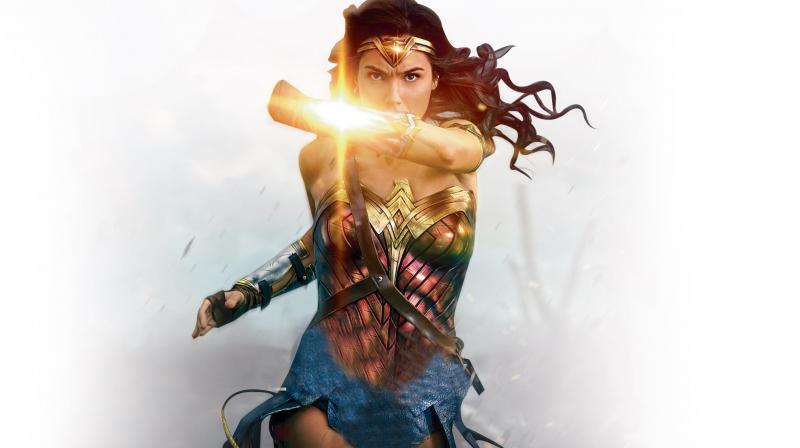 A still from the movie Wonder Woman
Rating:

Before leaving home this Friday morning to watch the highly anticipated Wonder Woman, I got into a mild argument with my father, of which I did not make much, but my mother gave me an earful for talking back to the figure of authority. I glared and grumbled and left, refusing to apologise simply because I had asked him to hurry up. (Yes, it was that trivial.) After the sour start to my day, I did not want to miss a minute of what I believed would be an affirmation of feminist rights. I arrived to an audience comprising a good number of — for the lack of a better word — horny boys, who could not control their excitement upon seeing Gal Gadot’s attire. Thank heavens for morning shows and the nearly empty theatres they offer; I was able to change my seat.

The film opens with Diana Prince in modern day Paris, where an old photograph sets off a reverie about her origins. From this point onwards, the film adopts a resolutely linear structure to give us Diana’s background. She is the daughter of Hippolyta, Queen of Themyscira, the land of the Amazonians. Themyscira is populated with women warriors who are trained by Antiope (Wright). Their peace is disturbed when an American spy working for the British intelligence, Steve Trevor (Pine) crashes near their island, followed by German soldiers. The year is 1918; the First World War is raging across 27 countries. The British want to work towards an armistice, but the Germans have other plans. The Amazonians believe this to be the work of Ares, the god of war, whose end was preordained by Zeus’ child, Diana.

In order to save mankind from destroying itself, she leaves with Steve for London, where new wonders — both delightful and hideous — welcome her. Steve must deliver a notebook of a German chemist so that he can alert the British government of the games their enemy is playing. Meanwhile, Diana likens his secretary’s occupation to slavery. They gather three friends in the name of reinforcement, and approach the battlefront, where Diana hopes to encounter Ares.

Gadot is refreshing to watch. Her Diana is naïve without being dumb, fierce without being hateful, loveable without being sappy. In a scene where she squeals and runs towards a baby, her excitement and giddiness is truly touching, for there are no babies in Themyscira. Pine’s role is not reduced to that of a hapless love-interest, a trait that plagues the female characters in almost every male-dominated superhero movie. Theirs is a companionate relationship, where each person learns from the other: Steve learns to rise above himself and work for the greater good, while Diana, who had hitherto harboured a one-dimensional opinion of mankind, comes to see it with all its flaws, and yet embrace it. The antagonist, however, remains a flat character.

The most interesting aspect of the film is its setting in the early 20th century. Modern weaponry clashes with the ancient swords and shields of the Amazonians as the former invade their shoreline. This was also the time when the suffragette movement was at its peak. In the comics, Wonder Woman aims to strive for equality. The film, however, fails to make the most of this opportunity. There is a passing remark about the women’s vote, but Diana remains only slightly surprised by women’s oppression. Most of her comments begin with, “Where I come from…” thus giving the impression that in her world, things are as they should be. Her world is a post-feminist one, where fighting for equal rights is an alien concept. From a film about a female superhero, helmed by the woman who gave us 2003’s Monster, this aspect is the biggest undoing of Wonder Woman. But that is not to say that I do not await a sequel.