Bhavesh Joshi: Superhero is worth a watch for him and for its subversive bent of mind. 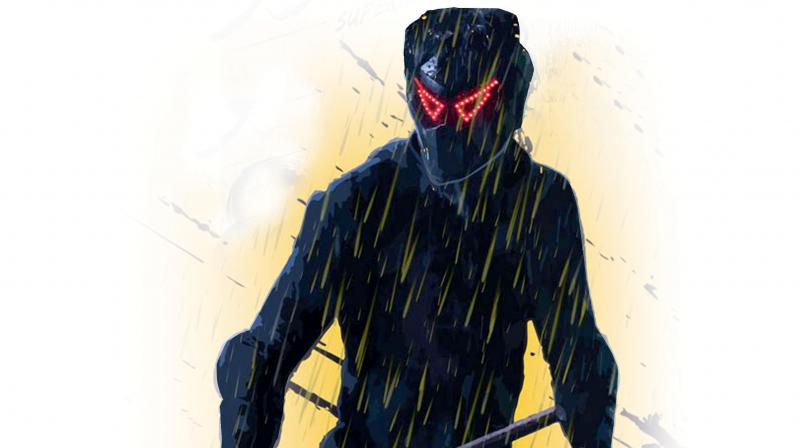 It kindled fire in many young bellies to do something — to bring about change by fighting the corrupt and their apathetic system.

It also tickled some creative interest in Bollywood.

Director Vikramaditya Motwane’s superhero Bhavesh Joshi, one that he has co-imagined and written with Anurag Kashyap and Abhay Koranne, is not a mythical hero made up by a creature’s sting or a concoction in a beaker. Neither has he arrived in a comic book city from another planet to fight bad guys who are flying in from distant rocks in the galaxy. He is born out of that 2011 churning which first threw up a large, magical kalash of inspiration, but then led to exhausted disenchantment when status quo pushed back with all its might and returned to reign.

Though Bhavesh Joshi: Superhero says that it’s like the country cousin of Justice League, thankfully it’s not. It is more like a millennial born out of that disturbing scream at the end of Govind Nihalani’s Aakrosh (1980).

Bhavesh Joshi: Superhero is set in our reality today. It assigns the language of the rightwing — words that are flung and bandied about a lot these days — to its villains, i.e. media and politicians. And though its superhero rides a bike and wears pants whose crotch has fallen to the knees, its mojo is rooted in anger against status quo.

Problem is that like those floppy pants, the film is often sloppy and loose.

In Mumbai, three disenchanted protesters-cum-friends — Bhavesh Joshi (Priyanshu Painyuli), Siku (Harshvardhan Kapoor) and Rajat (Ashish Verma) — sit around drinking and discussing the fate of the nation. They also listen to Rajat’s stories about his superhero, Insaaf-Man.

Soon, finding inspiration and a solution in Insaaf-Man’s hooded pursuit of justice, they set up a system to disrupt, expose and stop all local misdemeanours. They begin small, in Malad, by targeting tree cutting, bad Internet connections, traffic violations...

Despite being a picture of comical menace — dressed in a black raincoat, a brown paper-bag, on which they have drawn raised eyebrows and lips twisted into a snarky smile, covers their face — their videos on Insaaf TV are a hit, making small dents here and there.

But as two crusaders get waylaid by career and life’s basic necessities, Bhavesh is left to wage a lonesome war with his camcorder and laptop.

Responding to requests from citizens in distress, he finds himself trying to expose a water scam that’s a deadly game being played by big men.

Though Bhavesh has learnt some Karate chops, a fight amongst friends leads to the water scam claiming a heavy price, turning Bhavesh Joshi into more than a sneaky, silly menace.

Bhavesh Joshi is now a metaphor and a force that will rise to challenge the bad guys no matter how many times it is beaten, or even killed...

Bhavesh Joshi: Superhero has landed in our theatres at a time when it feels like India — middle class India, especially, the one that was once in thrall of and was roused by Inspectors Vijay Khanna (Zanjeer, 1973) and Anant Welankar (Ardh Satya, 1983) — has lost its will to fight.

That India feels tired, worn out by its own cynicism and dismayed that the fight is no longer just against politicians and a system they have corrupted, but also with their own.

It’s difficult to know who to fight when a 15-year-old boy gets lynched by co-passengers in a train, or when young men are stripped, dragged for 25 kilometers and then flogged on a busy road.

It’s as if that India is trapped in an episode of Black Mirror which won’t, ever end.

Bhavesh Joshi: Superhero has a topical disposition and taps into that frustration. It gets its politics right and kindles some anger at a time when Albert Pinto sometimes marches along in silent candle vigils.

But it has a rambling start, and its story is often incoherent and the plot spasmodic. Slowly it gathers its many strands and tries to focus on a mission that creates its superhero.

First Priyanshu and then Harshvardhan breathe life into Bhavesh Joshi as an angry, angsty young man ready to hurtle into all that’s wrong around them. The film has cast excellent actors as villains, but we don’t spend enough time with them to get to hate them properly. They remain fleeting visitors in dark alleys and rooms we meet briefly.

While the film’s cinematography, background score and direction come together at times to create moments that make the film rise for a bit, all too soon the story slackens and disintegrates into tangents, leaving us with an inconsistent experience.

Unlike other religious texts, Hindu mythology is full of men and women who have superpowers that the entire cast of Marvel and DC can only stare at longingly.

By way of vardaan, tapasya, divine birth or just a meeting of two or more species, many of our holy and unholy characters can pull off impressive stunts.

Yet the film spends a lot of time to explain how its hero became a superhero — one punch, one jump at a time. Yet the fight and chase sequences are often inept and awkward.

For a superhero film, that’s unpardonable.

This Friday must be a special day in the Kapoor household as beti Sonam and beta Harshvardhan both have films releasing simultaneously.

Though Priyanshu Painyuli as the paper-bag Insaaf-Man is very good, the film reserves superhero status and cool accessories for Harshvardhan.

There’s power in his punches and there’s something real and disturbing in his scream when he plays the disenchanted boy.

Bhavesh Joshi: Superhero is worth a watch for him and for its subversive bent of mind.