Some reasons why not

The third season of 13 Reasons Why brings in a new character and a lot of answers but still doesn’t quite live up to the hype. 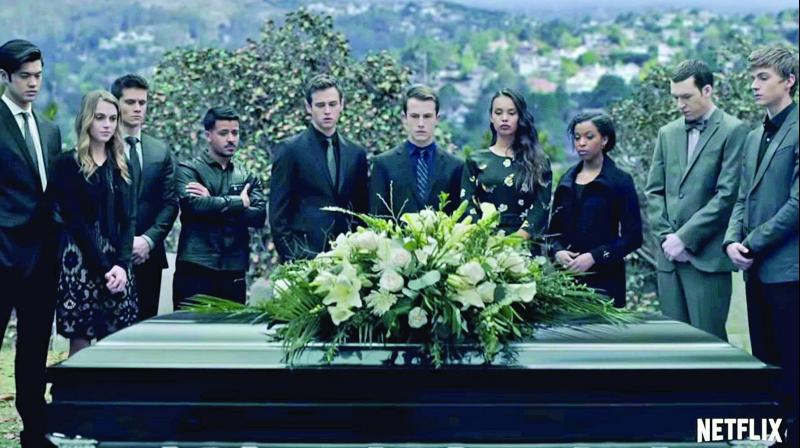 Still from 13 Reasons Why (Netflix)
Rating:

One of Netflix’s most controversial TV series — 13 Reasons Why — is back with its third season. The story of Hannah Baker’s death was unveiled in seasons 1 and 2, leaving us with a cliff-hanger for the next season. Up until the trailer of the third season was released, viewers were unaware of what was coming next. A small but powerful trailer that showed the death of Bryce Walker left everyone shocked and excited for the upcoming season. Many questions were raised — How did Bryce die? Who is the new character? What happened to Tyler after he decided to cause a bloodbath at the school? Is Hannah’s story over?

The third season of the series manages to answer most of these questions but failed to live up to the expectations of the 13 Reasons Why fan base. Ten minutes into the show, you realise that the protagonist of the season is a new character, Ani, who for some reason, knows everything about everyone. As you continue watching the remaining episodes, you begin to question the credibility of the character. Ani is the new girl at school who knows everyone’s deepest dark secrets, but the problem arises when you realise, why and how does anyone trust a new girl with secrets that would land them in prison? For instance, for two seasons, Tony’s storyline has been a mystery. Tony has been a character that doesn’t trust anyone but himself. But one episode with Ani and she knows his entire life history; this does not make sense to any fan.

The second most important thing that did not work in this season is the story itself. With the cliff-hanger about a mass-shooting conducted by Tyler in season 2, viewers expected a lot more of that in season 3, but were left disappointed when that issue was completely subdued in the season. The focus was Bryce Walker’s death. Mainly on how did he die or rather, who killed him? What did work in the seasons was the relationship between unexpected characters like Justin and Clay and Bryce and his mother. The show gives us a new side of Bryce, the one where he is making amends for his mistakes. It intends to raise the question when a rapist is murdered, should he get justice or a voice? These questions are answered through Jessica’s story in the season. A man who is working hard on changing, but can he change? Or rather, will people let him change?

Known for its controversial endings, this season ended on a bad note again. Although the issues that were raised were right, the approach to it was wrong and sent out a negative message to teenage viewers. It seemed like the writers of the show were trying to make amends for the first two seasons, just like Bryce Walker, and, in both cases, they failed.