Baby’s taciturn and withdrawn nature leaves him paranoid and suspicious; the fuss about Baby’s several iPods makes no sense to him. 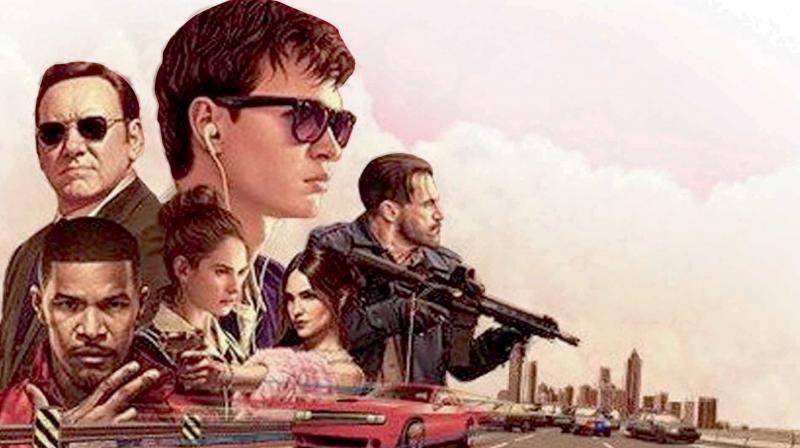 The protagonist of Edgar Wright’s eponymously titled action-musical Baby Driver is not a character who is driven by music. Instead, he carefully curates songs on several of his iPods and, in a way, dances to their tune. In one of the early scenes in the film, his accomplices engage in a banter and delay their heist by a few seconds, prompting Baby to rewind the song (Neat Neat Neat by The Damned). The robbery has to be neat, in sync with the beat.

As the backstory reveals, Baby’s parents had a troubled marriage. To drown out the noise of their daily arguments, Baby would sleep with his earphones in. After he is involved in a car crash, which kills his parents, Baby is left with tinnitus for life. Now his excuse for his perpetual proclivity for music is to suppress the ringing in his ears. What it also does is that it helps him muffle the humdrum existence of those around him. He secretly records snippets of conversations and remixes them with his own music, creating a situational rhythm that he would perhaps later have an opportunity to sway to. He wears his sunglasses even indoors, and remains unfazed when Jamie Foxx’s character snatches two pairs off of his face only to discover a third one in store. Baby is cool, and he knows it.

After the death of his parents, he gets involved in a theft that goes awry, and leaves him in Doc’s (a no-nonsense and witty Spacey) debt. To pay it off, Baby must serve as a getaway driver for all the heists that Doc — notorious for not working with the same crew twice — plans. Such is Doc’s faith in Baby’s ability to get out of sticky situations, and indeed, he is hardly proven wrong. The first car-chase sequence of the film is so exquisitely choreographed; every bend in the road, every bump is in step with the music. The scene, which follows, a tracking shot wherein Baby walks down the street to get coffee makes use of lyrics written on signboards and windows. He stops in front of a shop with saxophones painted on its window just when saxophones are introduced in the song. It is both an audio and a visual delight.

Doc brings three characters to work with him. Jon Hamm menacingly plays Buddy, a former Wall Street employee who ran away to get drugs, and is married to Darling (Gonzales), who was his favourite stripper. Jamie Foxx’s Bats is a batshit crazy guy, who is always volatile and unhinged, and takes pride in announcing that he is the only person with mental issues. Baby’s taciturn and withdrawn nature leaves him paranoid and suspicious; the fuss about Baby’s several iPods makes no sense to him. “You so looney, you got your own tunes,” jokes Bats. (The film is generously peppered with more of such one-liners.)

The chase scenes — which are never dizzying in their pace — are balanced with Baby’s blooming romance with Debora (an endearing Lily James), who shares his dream of driving out West while listening to music. Baby, although always on the road, inhabits a limited space: his destination is always decided beforehand, along with the time of arrival and departure. Debora provides him with the fantasy of hitting the road that leads nowhere. She enters the frame delicately swaying to Clara Thomas’ B-A-B-Y, and complains about how every song in the world references “baby”. She has only two in her name. Indeed, this becomes a metaphor for their love story as well. She has no agency; the wheels spin only around Baby.