Gutter-mouth dialogues on the rise

Though films are certified by the censor board, movies portray vulgar, crude dialogues that can make you cringe. 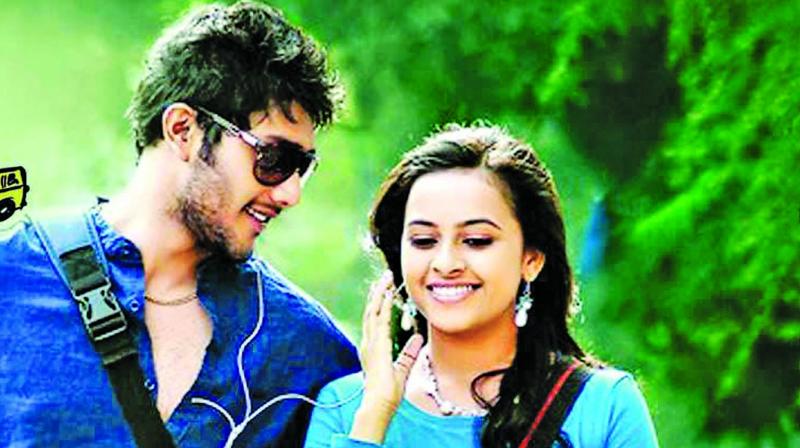 A poster from the movie Bus Stop

The recently released Adithya Varma is a perfect example of depicting a misogynist hero while the dialogues of the movie are being thrashed on social media. It is rather blatant when a hero talks down about women as just being mere sex objects or the way in which he forces himself onto a woman despite her turning him down. The dialogues and his crass language when speaking about married women have all not gone down too well.

It’s not just Adithya Varma, there are plenty of other films that carry a similar kind of misogyny in their dialogues.

Mudassar Aziz who has made some refined comedies in Bollywood is now facing a flurry of fury regarding a particular dialogue which was shown in the trailer of Pati Patni
Aur Woh.

Later, Mudassar clarified that the offensive dialogue from Pati Patni Aur Woh was being judged out of context. The director said disrespect to women is not a part of his DNA.

“Men are meant to hunt while women are meant to give birth and look pretty,” enigmatic and eccentric VC (Karthi) tells his girlfriend Leela (Aditi Rao Hydari) in Mani Ratnam’s Kaatru Veliyidai. Meanwhile, in Kavan, Vijay Sethupathi’s character Thilak apes pretty much the same thing. He kisses another woman in front of his girlfriend (Madonna Sebastian) in the guise of acting — the said girlfriend is actually the director of the film they’re acting in, by the way.

There is a fine line between being quirky and a clown and women in Tamil films cross it every single time. It annoys one to see how Tamil movies allow you to think that these are all it takes to get a guy hooked or a girl smitten.

In Bollywood, in Kambakkht Ishq starring Akshay Kumar and Kareena had a dialogue saying that if your partner is objecting to sex then you probably suck at it. Think about it!

Even veteran actors like Anil Kapoor, whose daughters are acting in the same industry, seem to have no trouble objectifying women and calling them dumb. In Race 2, released in 2013, the actor said ‘This one’s a twofer’ — a brainless bimbo. In the recent times, Kabir Singh had distasteful scenes where he asks his love interest to befriend a “healthy” chick or tells her “chunni theek karo” (“fix your scarf”).

Most of the Telugu movies had glamorous scenes but the leading actors and directors were not involved in delivering vulgar and crude dialogues. Young actors’ films like Arjun Reddy and RX 100 are one of the few films, directed by new-age filmmakers. For Instance, the movie Bus Stop was not appreciated by a large group of students because of its double meaning dialogues and misleading scenes. Protests were held in Hyderabad at Sandhya Theater by student organizations. They burnt down the movie’s flex boards and created a ruckus to ban the movie. Powerful slogans were aimed at the censor board as the film was certified even before it was appropriately
censored.

Kasaba, a Malyalam movie starring Mamooty as a police officer, shows the character having sex with his superior officer so hard that she’d find it difficult to walk for a week. He also threatens to hurt a woman so badly that he could make her miss her menstrual cycle.

Actress Parvathy said she disappointed with Kasaba, which had several misogynistic dialogues. Later Mamooty revealed that Parvathy had brought the whole issue to his attention and that he had advised her not to take it seriously. He added
that he wouldn’t encourage his fans to threaten anyone. He also reasoned out that he was out of the country because of which he couldn’t react immediately.

The fact that we need to take lessons from the ‘70s in showcasing gender equality and nuance goes on to say that misogyny does not necessarily become alleviated by modernity.

While we can name so many films of the ‘80s and before that show women and their relationships sensitively, it is rather sad that we struggle to find recent films that portray gender-sensitive relationships.

“The double-entendre dialogues and the sexist comments in the movies are not necessary. Cinema is medium of entertainment and it is better for eminent directors to stick to it,” says Madhiyalagan, screenwriter and upcoming filmmaker.