The mystery of the Nithari killings 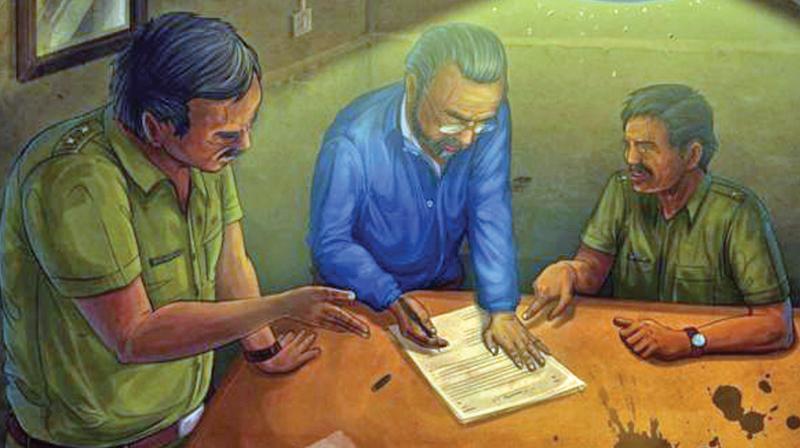 A poster for Karma Killings

Ram Devineni has been in the spotlight for all the right things — from being the co-creator of Priya’s Shakti comics that speaks about gender-based violence, to now having his documentary Karma Killings picked up by Netflix. The movie that released online on January 12 follows the case of the infamous Nithari killings and the accused serial killers Pandher and Koli. On this journey, he made some interesting observations and surmised that Pandher could be innocent.

What prompted you to choose the Nithari killings as a subject for the documentary?
A: I was in India back in 2006-07, when the case was breaking and I remembered the hysteria and shock the entire nation went through. It was over the top and beyond belief, but even then, I kept wondering if this is all of the truth. Nothing is certain. At that time, I was not making any films. But, I became hooked on to Truman Capote’s In Cold Blood, and his obsession to report and write a brilliant book on the brutal murders. He would immerse himself into the case and spent years writing about it. I felt, after finishing that book, I could make this film. So, I moved into an apartment near the horror house and immersed myself into the Nithari case and everyone involved.

What was your experience working with the two accused? Did it ever take an emotional toll on you?
A: Initially it was tough thinking about murder, cannibalism, and necrophilia all of the time. But, when we discovered Pandher was innocent, our motivation and the direction of the film changed. We went into this project believing both Pandher and Koli were totally guilty and left thinking Pandher was innocent and knew nothing about the killings. We spent many months with them in Ghaziabad court.

What can audiences expect from the film and what do you hope they take away from it?
A: I hope the audience will be gripped by the mystery. Many people in India know about the case, but very few know all the details and the remarkable investigation and the sensational trial. I also hope the audience will learn more about their own legal system and understand that there may be more innocent people in jail. Also, I want people to give Pandher another look and chance.

Since you mentioned that you think Pandher was innocent, what are your reasons for believing he was falsely accused?
A: I break it down in the film, but the main reasoning is that every time the children went missing, it happened when Pandher was not at home. He even went to Australia when one of the girls went missing. This makes sense that Koli would abduct and kill these girls in Pandher’s house and the only way to do it is when he was not around. Lastly, Pandher had all the means to dispose of the bodies far away from his house, so why would he bury them in the backyard? It makes no sense because that would clearly implicate him. He even sold construction diggers, so he had the tools to bury the bodies somewhere else.

How did your tie-up with Netflix happen?
A: Netflix opened big in India and this is the biggest criminal case of the decade in India. True crime is hugely popular on Netflix. The deal was arranged through my distributor, Blippar.

What other projects are you working on that we can share with readers?
A: I am working on the next chapter of the Priya’s Shakti comic book, which will be about sex trafficking and set in a mythological Sonagachi — Asia’s largest red light district in Kolkata. The new edition is called Priya and the Last Girls.