A series to watch out for!

Justified, a thrilling show by Graham Yost, is set to make a mark on Indian television screens. 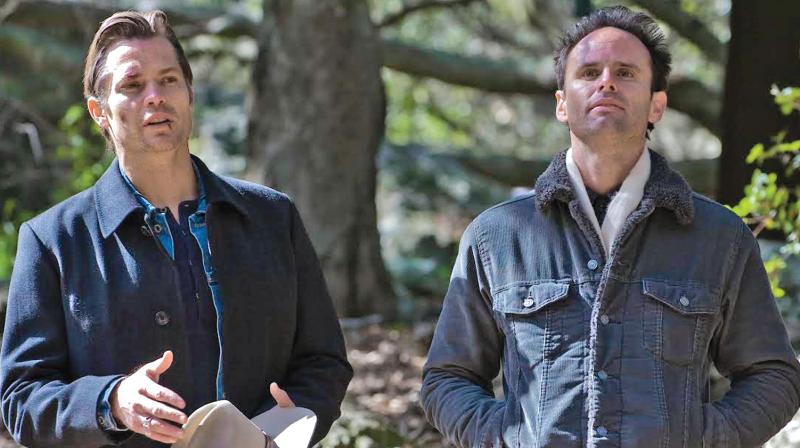 A still from Justified

Graham Yost is best known for playing screenwriter to movies such as Speed, Broken Arrow and Hard Rain. With his acclaimed television series, Justified, Graham tells the story of Deputy US Marshal Raylan Givens (Timothy Olyphant) who returns to Kentucky after a shooting. Based on Elmore Leonard’s novella Fire In the Hole, it promises to be a thrilling ride.

He begins by explaining what prompted him to create the series, “I’m a big fan of the books and started reading them in the mid 1980s. What really intrigued me with Fire in the Hole and turning that book into a television series was that it would focus on the character Raylan Givens. There was something about him going home to Kentucky, a place he was reluctant to go to, and having to face his past — that really appealed to me. We also changed a lot of our initial plans.”

Graham goes on to discuss what working with the cast was like, “Rarely do you get a cast as good as this and that was one of the joys of working on the show. I’ve been a fan of Timothy for quite a while now, and to work with him on a daily basis was really great. That’s not to say that we didn’t butt heads at times, but we felt like we were making a show we could be proud of. It was a tremendous experience.” When asked if his show would be as action-packed as his movies, he laughs and replies, “Well, it’s a television show, so there’s no bus jumping over a gap or blowing up. There is action in it but it’s a little more showdown, old western kind of action. At the end of the season, there is a big shoot-out but the action is more Elmore Leonard style, which is more about the conflict between characters. “

He also expects Indian audiences to enjoy the show, “If they’ve seen any of the good movies based on Elmore Leonard’s writings like Get Shorty or Out of Sight, they’ll know that this show will have humour and violence. Things could go either way — good or bad very quickly.”

“Many of us, who’ve worked on Justified are now busy with Sneaky Pete, a series starring Giovani Ribisi and Bryan Cranston for Amazon,” he concludes with promises of his latest show hitting Indian TV screens soon.