Straight from the Superstore!

Actress Lauren Ash talks about her role in the sitcom set in a big-box store and the evolution of comedy in the US. 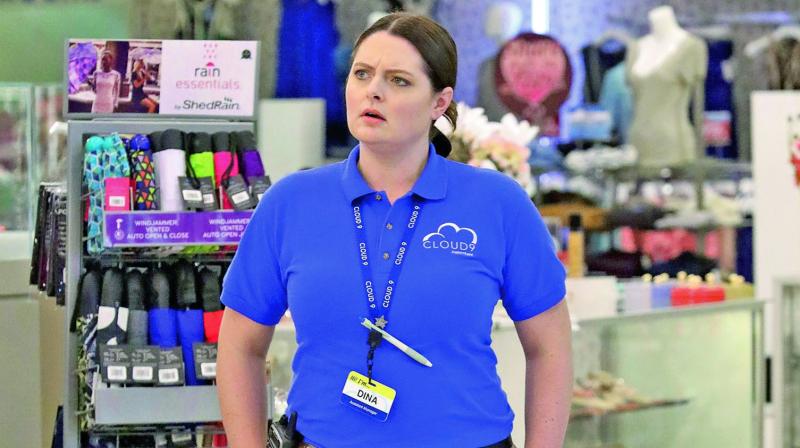 Lauren Ash as Dina in the show.

With her beginnings as part of the comedy group Second City Mainstages in Toronto and Chicago, Canadian-born actress Lauren Ash knows just how to put your funny bones to work. As a two-time Canadian Comedy Award winner for Best Female Improviser, Lauren now plays a much-loved character Dina on the show Superstore. In an interview with us, Lauren talks about the evolution of comedy in America, and her experiences from the show...

Q What made you want to be a part of Superstore?
When I first read about Superstore, I just knew that it would be a really successful show. It was one of the funniest shows that I’ve ever read. I read the character of Dina that I had to play in the series and was really excited. I told myself that I would play the part no matter what and the show would go on for multiple seasons and so far my predictions have been correct.

Q What are the most interesting aspects of working in a show like this, that’s set in a store?
We actually shot the pilot of the show in a functional store. During the day, we’d have customers walking around. People would be asking us to help them find things! We also shot in the Universal Studios where a giant store across three floors was built. It was so amazing to be working there. Sometimes you’d just want to go around walking and shopping!

Q Comedy sketches, to theatre and now television. How has the journey been?
I have to say that my background in comedy, of performing live, has been such a great foundation for what we do now on camera. I really value having that kind of experience. Because when you’re doing comedy shows you’re writing your own material and trying it out on people and you know people find funny and don’t. Having done it for so long on stage has given me a good understanding of what works and how to improvise.

QHow do you see the evolution of American comedy shows over the years?
I watch a lot of comedy; I’m a comedy nerd and have watched a lot of it over the years. I think it’s great to have a lot of shows that are featuring women in different kinds of characters, which wasn’t so always. It’s a really exciting time to be in television.
(Superstore airs Monday to Friday at 10 pm on Comedy Central)