Does mini screen require a censor board? 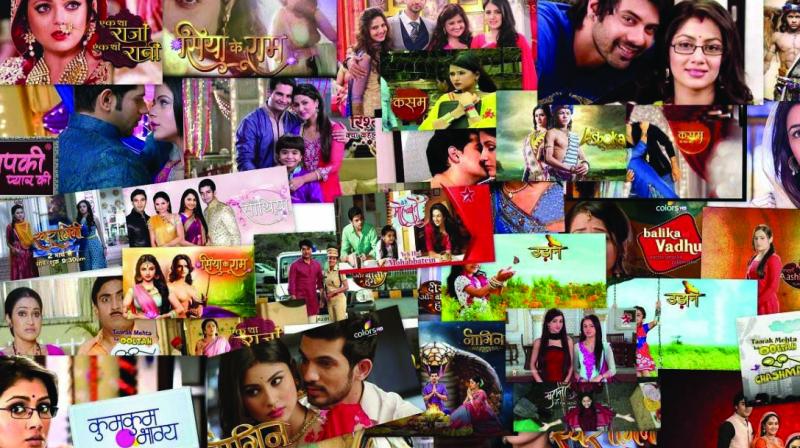 Didi’s remarks generated mixed reactions from mini screen fraternity and audience, many were seen justifying the content saying similar pattern was followed in TV soaps in all languages, including Hindi.

West Bengal chief minister Mamata Banerjee recently lashed out against the makers of Bengali TV serials for contributing to the erosion of social values by airing objectionable content that could spread hatred in society. Confessing that she herself is an avid TV serial watcher, she noted that most of the soaps had regressive content. The trends include a person who is not aware of his father’s identity, a man having multiple wives, a villain who is a troublemaker in the family, minor girls married to elderly men and even gods. Didi’s remarks generated mixed reactions from mini screen fraternity and audience, many were seen justifying the content saying similar pattern was followed in TV soaps in all languages, including Hindi. Though many felt that the ruling party was to be blamed for controlling the industry, serial makers opine what they provide is what people want to see, pointing to the popularity and duration of the shows. We talk to TV serial directors, actors and activists who fight for a mini screen censor board to know their opinion on the comments and their suggestions for better content.

‘Content must be balanced’
Neelima, Actor-Producer
If you, as a viewer, have any complaints against a programme that is being telecast on any network, all you need to do is write to the Indian Broadcasting Foundation (IBF) and send the complaint through a form.  The IBF already has some rules and regulations that the channels need to abide by. The channels never encourage showing something that goes against society and try their level best to promote good content. But being a producer as well as an actor, I strongly believe if there is white, there needs to be black also. But at the end of the day, we have to see that we are not disrupting our ethics, values and morality.

Neha Saxena, Serial Artist
‘A scanner is a must’
The content is definitely regressive, almost about 90%, which is why almost everyone is getting low ratings. This is a matter of concern and the content of the TV industry should be under the scanner. We should provide good content with good message-oriented shows.

‘Need responsible content ’
Pallavi Joshi, Actress
In case of a politician, anything and everything he/she says is seen through a magnifying glass, even if it is one’s personal view. I personally feel the regressive content shown is very distracting. It is wrong on the part of TV shows to be generating content saying this is what the audience wants to see. How can they judge a population of billions? On the other hand, no political party can do anything about it as no one can take away freedom of speech and expression. We don’t live in dictatorship to be stopping anyone’s creativity. But I strongly believe show makers have to make responsible content, which is socially engaging or thought-provoking.

‘Regulation is good’
Vijay Suriya, Serial Artist
I always believe in positivity. TV is a medium that reaches out to almost 90% of the population, much more than what cinema does. I feel when you have such a strong medium, you need to give out positive messages. I know there is freedom of expression but we need to understand that what we show influences a lot of people who don’t even have the time to think about it. As long as it brings a good effect on the people, I don’t mind the government taking control of the media. Every institution needs some form of regulation. A little bit of regulation is not a problem but too much of it might tamper with the content.

‘Channels are to be blamed’
Kaushal Manda, Serial Artist
TV soaps should definitely not show things like a minor girl being married off to an elderly man. The onus to stop such content from being aired falls on the channel. However, I think it is not practical to have a censor board for TV soaps as each and every episode would have to be sent to them. Earlier, after 11 pm, serials with adult content were being aired on TV since there was no board to stop this. But with protests from women’s associations, executive producers from all channels came together to lay down basic rules, which banned this kind of content.

‘Serials mirror reality’
Seema. G. Nair, Serial-Cine Artist
Why call serials regressive? Is it not reality that is being mirrored in serials? Critics say there is a lot of melodrama and erosion of social values but I feel melodrama is happening all around us too — in the spaces we inhabit and work in. Everyday you see reports of atrocities against women and children. There are young girls married to older men or troublemakers who cause marriages to break in real life. So where is the make-belief there? It is reality that is being portrayed there and the high TRP ratings of some serials only prove that it is what people want to see. Regarding a mini censor board, it is a utopian thought that would require considerable man power and time.