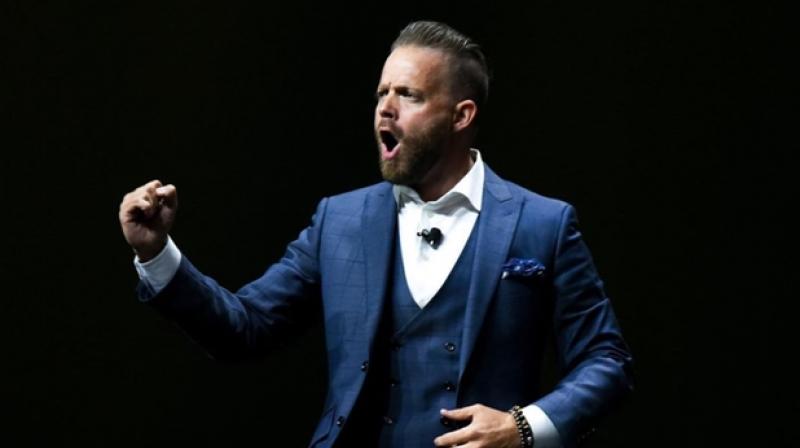 Social media has become an integral part of life for netizens all across the world. One genre of stories that grabs eyeballs on social media comprises of the motivational stories. What inspired people the most at their hour of despair? Motivational speaker Steve Holbrook’s story has struck a chord with millions.

Holbrook’s story is touching lives across the globe through social media. Apart from his own blog and YouTube channel that runs under his own name, he conducts corporate trainings with particular focus on mindset and mental toughness leadership training. He is on a mission to build an online community for people to improve their lives. He is one of the fastest growing social media influencers with a whopping 70,000+ followers grown over a short period. He addresses people on various online as well as offline platforms in USA and Canada. He was featured in an esteemed publication named ‘The Truth about WFG’ by Steve Siebold.

Holbrook was diagnosed with Crohns disease at the age of two. Ever since, he has been under very difficult medication on and off all through his life till the age of 28 when some of his vital organs such as the rectum and half of his bowel had to be removed for him to stay alive. Rising from his own experiences, today, he is a motivational speaker who helps people to find light in the darkest moments of their lives.

Holbrook also visits hospitals to meet and counsel people who suffer from the same medical condition as him and inspires them to have faith and remain positive during the treatment. Through his own example he inspires them to embrace the treatment and a new way of life that follows thereafter. As he addresses his audience and trainees, he even visits hospital for the necessary medical procedures and comes back with renewed vigor and enthusiasm every time.

For his contribution to the community, Holbrook has been nominated three years in a row For Avenue Magazine’s top 40 under 40. Apart from that, he is also known to be one of the most successful and accomplished persons in Calgary under 40.

Holbrook considers powerhouse Instagram influencer and close friend Ed Mylett his mentor. With Mylett’s guidance and his own experience, Holbrook is blowing up the world of social media with inspiring content and advice for young professionals to excel not only in their careers but also in their personal life.