It is a combination of dark comedy with violence and themes of love, adventure, repressed childhood trauma and identity rooted deep within. 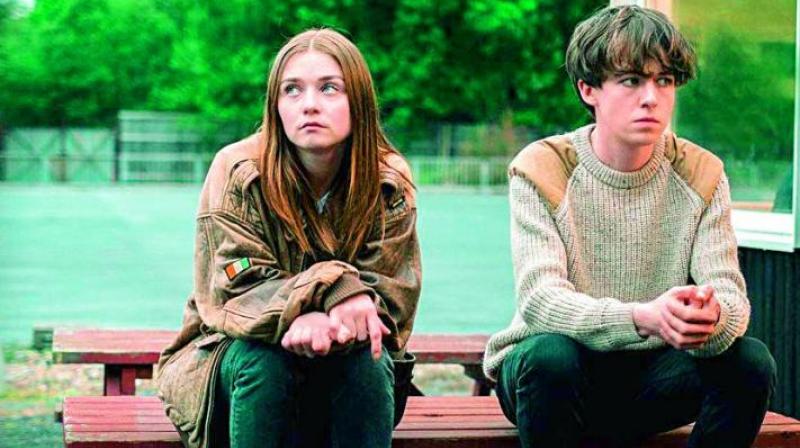 A self-diagnosed psychopath and a girl at school who he is determined to kill in cold blood, James and Alyssa bring to life this British eight part Netflix original series End of the f***ing World. It is a combination of dark comedy with violence and themes of love, adventure, repressed childhood trauma and identity rooted deep within. Alyssa is a moody 17-year-old teenager with memories of her father who she saw last when she was eight, and annoys people easily with her “don’t give a damn” attitude. James is a strong character, and a lot is revealed about why he is emotionally unavailable, later on. After Alyssa persuades James to leave the neighbourhood, they stumble upon a lot of trouble, and end up breaking into the house of a serial killer. Dr Clive Koch, arrives home to see Alyssa fast asleep in his bed, he tries to attack her and that’s when James slides out from underneath the bed, and slits his throat. What ensues and how they become entrenched in altercations with the law, like the title suggests, it does not have a happy ending but encompasses so many emotions that are revealed gradually. Both, seventeen, are in conflict with their own thoughts.