The filmmakers felt this was a better idea than hiring a professional singer. 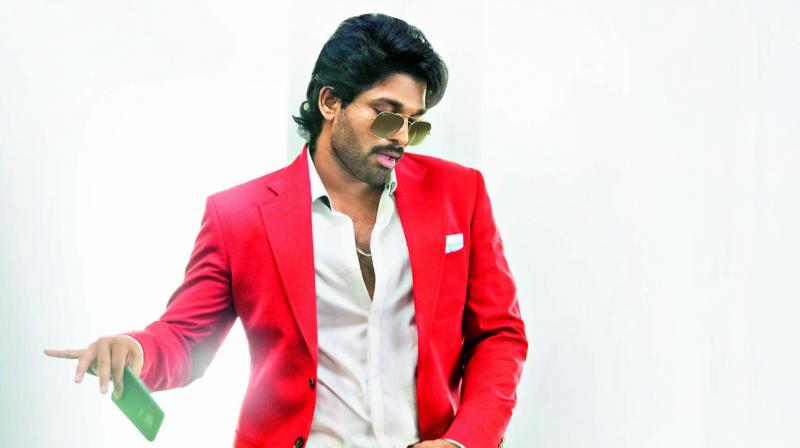 T-wood loves all things desi but not many know that Allu Arjun’s upcoming film Ala Vaikuntapuram lo, directed by Trivikram Srinivas, features a cool folk number. Interestingly, this peppy number with Srikakulam slang has been crooned by a desi artiste from that region. The filmmakers felt this was a better idea than hiring a professional singer.

But Ala Vaikuntapuram lo is not an isolated case. The makers of Rajinikanth-starrer Darbar and Palasa 1978 too got singers from the appropriate communities to sing specific songs in their respective films, generating a lot of discussion.

Straight from the heart

Composer S.S. Thaman, who recorded the folk song in Ala Vaikuntapuram lo, reveals that it was director Trivikram’s idea to rope in a folk singer from Srikakulam to keep things authentic. “We wanted keep the song natural and rooted,” he explains.

Explaining how a folk singer would make the difference, he says, “A folk singer’s expressions are straight from the heart; as such, the song has turned out to be genuine, honest and rooted. Moreover, folk singers can bring out subtle variations in the folk tunes that professionals may not be able to achieve.”

Palasa 1978, director Karuna Kumar’s Telugu work in progress, has an itinerant folksinger, Asirayya, crooning a number. Since the film is a period political drama set in the 1970s, it was a challenge to get music that reflected those times.

“Instead of instructing a professional singer on the musical notes, I thought the song would be original if I got a folk singer to render it,” explains Raghu  Kunche, music director of Palasa, adding, “When one of my friends sent a video of Asirayya (from Palasa), who was singing in a train, I believed that he could do complete justice to the song.”

Apparently, Asirayya has 50 years of experience in Jhumku, a rhythm-based instrument, which he plays in trains. “We have used his vocals and instrument for the song Bugatha... yinu yenu... sebutha yinu yinu,  which he also wrote,” reveals Raghu, adding, “We got to hear the lingo, lyrics and instruments used clearly, and that’s the biggest impact he had.”

The makers of Rajinikanth’s coming film Darbar sprang a surprise when the film’s director Murugadoss roped in transgender band Spice Girls to render a song for it. Hailing from Hyderabad, Rachana, Priya and Chandramukhi, who are part of the band that sings at gender rights seminars and conferences, recently recorded a number from the action entertainer.

“In one of the songs, there is a situation where transgenders describe Rajinikanth’s heroics as a cop. So, to retain the essence of the song and keep it looking genuine, we had transgenders sing it,” say the filmmakers, adding that the visuals perfectly complemented the vocals.