They accuse him of being inaccessible and not carrying everyone along, unlike the late Dasari Narayana Rao 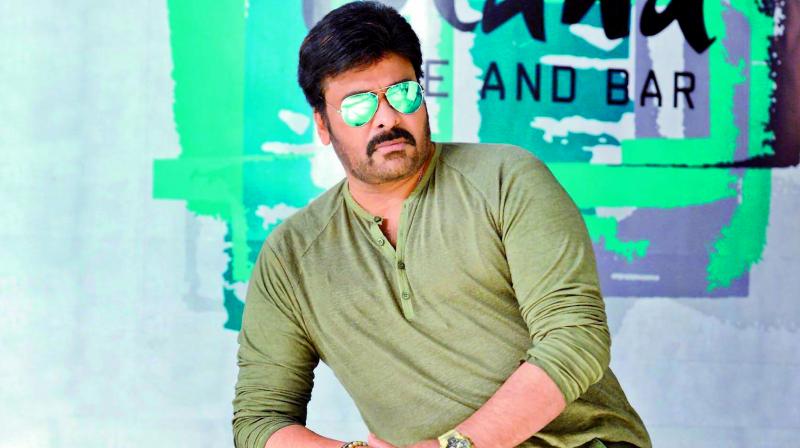 Undoubtedly, the seasoned star Chiranjeevi is on a new mission these days. He seems to have replaced the legendary late Dasari Narayana Rao as the industry-head.

Probably, the corona outbreak and its subsequent impact on the livelihood of thousands of cine workers, has prompted the Tagore star to become the front man of Telugu film industry.

“Frankly, Chiranjeevi garu was initially reluctant to take up the mantle of the industry-head. After Dasari Narayana Rao garu passed away, it took me three years to convince him to don the role.

Chiru finally decided to fill in that vacuum and I am glad that he did,” says producer C. Kalyan, who was hailed as Dasari’s chela (follower) in the industry.

Chiranjeevi organised crores of rupees from his colleagues and others as the chairman of the ‘Corona Crisis Charity Mana Kosam’ and offered financial support and essentials to thousands of income-starved workers. A

ce producer Anil Sunkara, who has mostly made films with superstar Mahesh Babu, says Chiranjeevi could garner funds on the strength of his name. “His handywork helps struggling cine workers and technicians since the lockdown, which badly affected their livelihoods.

So also, I think, at this moment, Chiranjeevi is the right man to step into the shoes of Dasari garu to lead the industry from the front, almost like the face of Telugu cinema,” adds Sunkara.

Not everyone is happy

Despite Kalyan and Sunkara’s opinions, others in the industry feel differently. For instance, Tummala Prasanna Kumar, general secretary, Telugu Film Chamber of Commerce, begs to differ on drawing a comparison between the late Dasari Narayana Rao and Chiranjeevi.

He explains, “I honestly believe that Dasari garu is irreplaceable. Dasari was a trade-union-leader-turned-filmmaker and listened to workers’ woes with lots of patience for hours on end. He solved issues of even spot-boys, light-men and production boys. He always consulted trade body leaders before taking a decision and sometimes even opened up the film chambers at midnight to sort out issues.”

Prasanna Kumar goes on to point out that Dasari’s approach to resolving issues was very different from what Chiranjeevi is doing. The latter has already started ignoring trade body leaders and organises meetings at his residence with ministers. “He also met Chief Minister K. Chandrashekar Rao without involving Narayan Das K Narang, president of the apex body, which is unfortunate,” points out Prasanna Kumar.

Talking of the new avatar of Chiranjeevi in real-life, director Teja also feels that industry-head should engage with more people from the tinsel town to understand problems from various perspectives.

“Chiranjeevi has to carry more people along with him. He should also be receptive to workers woes to win their confidence and eventually their hearts, ala Dasari,” he says.

Prasanna Kumar also tells us about Chiru’s inaccessibility. “Leave alone thousands of cine workers, even the so-called top guns of Telugu film industry have to wait for months to get an appointment with him. It’s as if he lives in his own protected world,” adds Prasanna Kumar.

However, C. Kalyan is dismissive of such allegations, even as he justifies Chiranjeevi’s inaccessibility. “Chiru will be more accessible in the days to come.

That again, such baseless allegations are some of the primary reasons Chiru wanted to avoid becoming the go-to man,” interjects Kalyan. “There is always a difference between how producers, directors and big stars handle affairs.

However, with Chiru’s charisma and rapport, we have been able to move things faster with the CM KCR and Cinematography Minister Talasani Srinivas Yadav and very soon expecting a decision on when to resume shootings, for instance.”