More than a Dalit singer

An 18-year-old singer from Punjab, Ginni Mahi, is striving to fight against the caste system through her songs. 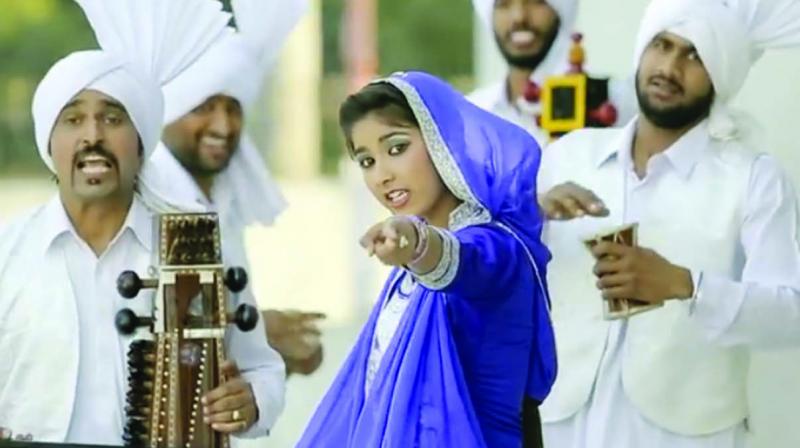 “As a human being, I believe in doing the right thing and that is what I did when I chose to sing about Babasaheb Ambedkar’s message. It is the media and people who have started calling me a Dalit singer. They pushed this identity in the forefront. I never went around claiming a Dalit identity, this identity claimed me. I don’t believe in the caste system but if the action of actively claiming this identity can help a lot of people and give a voice to their problems, I will do it,” says Gurkanwal Bharti, who is popularly known as Ginni Mahi.

The 18-year-old singer shot to fame with songs like Dangerous Chamar, Danger 2 and Fan Baba Sahib Di, which strongly assert her Dalit identity and try to break the silence around caste.

Her songs are an addition to the songs of dissent and are bringing several marginalised voices out in the open. She began her career by singing hymns about Guru Ravidas, a spiritual leader from Punjab who was a part of the Chamar community himself.

While identities and identity politics can be empowering, people should be able to see beyond them as well, she adds. “There was a time when a girl in my class kept pestering me about my caste because I was mainly singing devotional songs about Guru Ravidas. I told her that I belong to scheduled caste, but don’t believe in this system. She still wanted to know which caste I belonged to. On knowing I belong to the Chamar caste, she said, ‘Chamars are very dangerous and one should steer clear of them’. I discussed this at home and my father told me not to be  scared of such things. He told me that I am a human being and an Indian first. So what if we belong to this community. This was also where my song Dangerous Chamar originated from.” She believes that according to the world she is a Dalit singer, but there happens to be nothing different about her because of this identity.

Training since the age of seven, she started performing at the age of 13. “Training is very important in every field. I also believe that education is very important. So I try to schedule all my performances for the weekends and try not to skip any of my classes. I am pursuing B.A. in music. I just try to strike a balance between my performances and education and hope for everything to fall in place,” she explains.

An ardent follower of Babasaheb Ambedkar, she believes strongly in his teaching, “Padho, likho, sangharsh karo” (read, write and strive). “I have always followed this. Even when I perform live, I make a point to spread this message. We can achieve a lot keeping this message in mind. Education is very important and it opens doors for people. It is only through education that casteist views can change. I try to follow this message and that is why I place my education above any performance. I will have more opportunities to sing in the future, but I cannot compromise on my studies as of now,” she explains.

Inspired by the songs of Lata Mangeshkar, she aspires to be a versatile playback singer. “I also listen a lot to other singers like Rahat Fateh Ali Khan, Sonu Nigam, Shreya Ghoshal and Sunidhi Chauhan. I learnt a lot from these singers.” She is next working on a song that talks about different people and the many issues the world is facing today.