The circus of life

Aparna Upadhyaya Sanyal’s book addresses taboos through an interplay between clowns and villagers brought to life through dramatised readings . 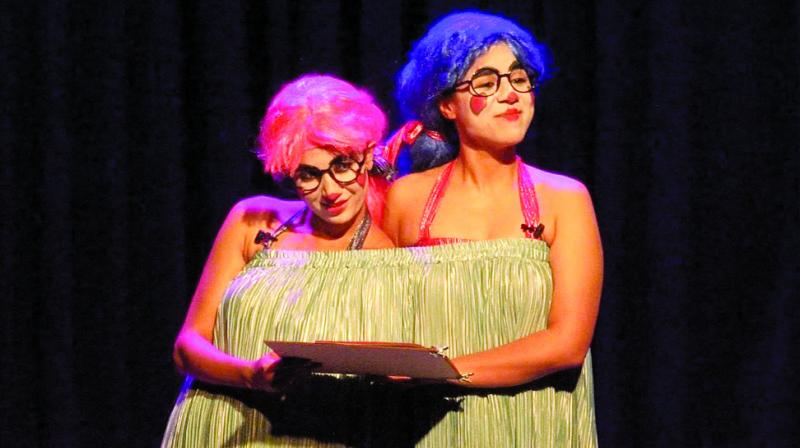 As the lights dimmed, the auditorium resounded with Aparna Upadhyaya Sanyal’s voice as she introduced the audience to her debut collection of poems Circus Folk and Village Freaks.  The 18 poems in metered rhyming couplets are set in a circus and a village next to it.  And as contradictory as the title may appear to be, the humane characters are the ones residing in the circus while the freaky ones inhabit the village. Brought to life through dramatised readings, it featured Mansi Multani’s rendition of Lakshmi, an impeccable Brahmin markswoman to Jim Sarbh’s portrayal of Jeeva, the Elephant Man, among the dark, bizarre, comical yet humane characters from a world that is eccentric, and yet too real.

The story of Jeeva is one such. Branded as a freak on his birth and abandoned in a pit, the child was brought up in a circus. He was put up on a display for the circus audience to laugh at, and only on encountering a mirror, did he realise that he resembled an elephant. What’s amusement for the world was the cause of misery to his birth parents. But on noticing his glinting eyes, he falls in love with himself. In the climax, Jim’s Jeeva, reflects the spotlight on to the audience with a mirror, showing them who the real monsters are.

For Aparna, the title and the stories become reflective of our society. She says, “I wanted to turn the mirror to the normal people. People may say that they are normal, privileged people of a society, but they are the actual freaks because they expect others to follow standard rules made by them. If you look at people who have been broken by life, they actually have the most beautiful soul. The beauty of a person’s heart, cannot be determined by their outside personality.” The event also saw Rajat Kapoor and Vinay Pathak reading poems Murugan, the Astrologer and Pablo, the Clown, respectively.

The other tales include Siamese twins separating to lose half a heart on finding snake-man and tiger-taming lovers; a man bitten by a crocodile becoming a god; a clown finding his place in Hollywood; an astrologer refusing to seek a help from a tribal, among others. In such tales of the poet’s carnivalesque genius, Aparna has managed to explore the themes of casteism, classicism, feminism, mental illness, and homophobia. The writer, who spent close to a year going through eight drafts of editing, says, “Once I started writing, each and every poem was bending towards something that has mattered very personally to me in my life. 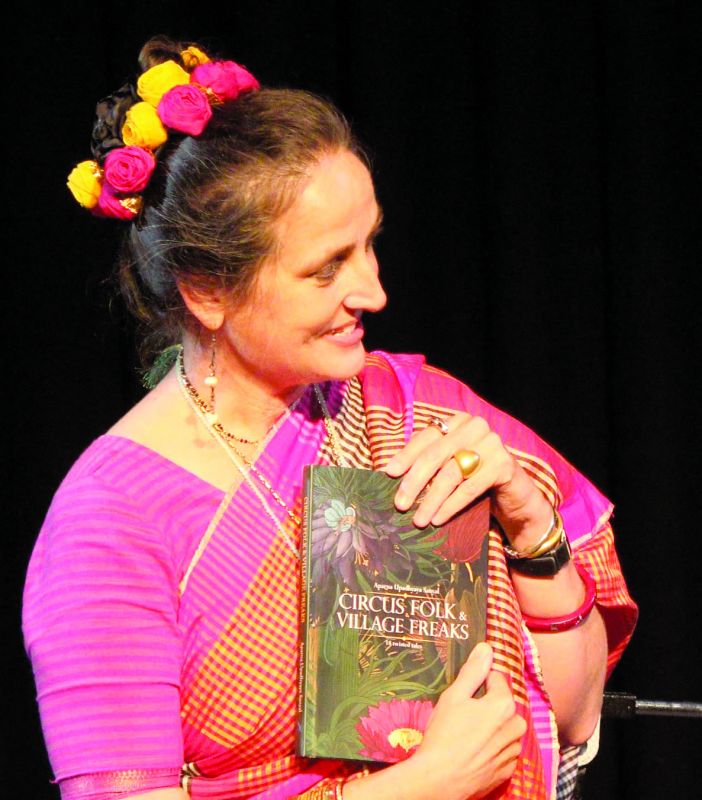 I realised, growing up in a small town (Nagpur), I had a very provincial sort of an outlook towards life. I was very privileged in my upbringing, but when I looked out, whether it was about an alternative sexuality or the caste hierarchies, I knew this was not fair.” It is perhaps why, the crime committed by Lakshmi, the feisty disowned Brahmin girl, brings us to sympathise with her. Aarna, who is a celebrated contemporary spoken word poet, will be soon releasing her second book—a collection of short stories.

“I wanted to turn the mirror to the normal people. The beauty of a person’s heart, cannot be determined by their outside personality” — Aparna