A festival of film festivals in Delhi 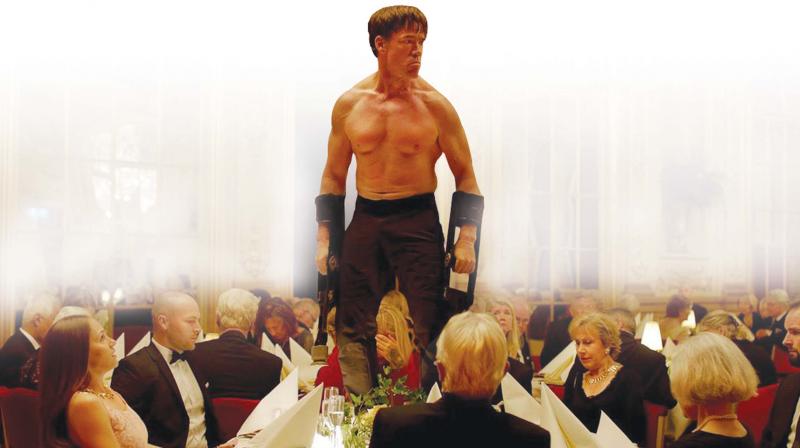 Given how filmy and dramatic Delhi is, its film scene has been pretty barren for a few years now.

Years ago, Iffi moved to be near the beach in Goa, then Cinefan, which had a good run for almost a decade, morphed into Osian-Cinefan only to disappear suddenly, allegedly because of a crash in the art market.

Though there have been some small film festivals here and there, for over five long years Delhi has not had anything that calls for frantic bookings and rushed auto rides to catch a film. Delhi film scene was never so dreary for so long.

The queue, he says, was very long, winding its way around the Green Park gurudwara because the world and all its excited uncles had turned up to watch Simi Garewal making out with Shashi Kapoor.

Kesawan didn’t get in, but it was a film moment he recalls fondly. He also recalls film screenings where the speakers would catch random radio stations, at times jolting the audience with a sudden burst of Tamil sugam sangeet.

The lure in those days of foreign films was too heady, too exciting, he says. And so the festivals, which were nicely structured, drew big crowds.

Now, with Netflix, Amazon’s Primevideo, Apple TV, illegal downloads and streaming sites, access to all sorts of films from all over the world is easy.

But the viewing experience, on a computer or on a TV screen, is bitsy in comparison to watching a film on the big screen. And the solitary viewing exercise is, of course, bereft of the joy of discovering something new, something you didn’t know existed.

I recall being particularly excited a few years ago upon discovering Japan’s Pink Films at Osian-Cinefan.

I’ll never forget those films, or the Sikh uncle-aunty who sat through one late-night screening, murmuring to each other whether in all communist meetings and discussion about the impending people’s revolution people get to have sex.

Vidyun Singh, director, programmes, Habitat World, is hellbent on bringing some world-class cinema to Delhi. On a budget of less than Rs 10 lakh, she has pulled off what can only be called a miracle.

The Habitat International Film Festival, she organises and curates, began last year with just weekend shows. But this year it has grown to be a 10-day affair with 70 films, most of them movies that have been feted and fawned over at the best international film festivals in 2017. She’s taken over the three main halls, money-spinners, really, of India Habitat Centre to host what she says is “is a film festival of festival films.”

Singh says she was keen to organise a full-fledged international festival. So after shortlisting about a 100 films, she and her team used their goodwill and friendships to tie-up with embassies to bring down the screening cost.

Aruna Vasudev, critic, author and eminent film scholar, who has organised more festivals than most of us have seen, says the line-up of this year’s Habitat International Film Festival is excellent.

“It takes imagination, drive to pull off an international film festival. It’s very tough, and they have fabulous films at a great venue,” she says.

The film festival at Habitat opened on March 23 with Iranian director Mohammad Rasoulof’s A Man of Integrity — a movie about one man’s cussed honesty in the face of corruption, injustice. It will close on April 1 with The Square that won the Palme d’Or at Cannes 2017. In between are must-watch films of 2017, as well as a retrospective of German director Christian Schwochow, and, in celebration of a 100 years of Ingmar Bergman, screenings of Bergman Island, The Seventh Seal, Persona, Autumn Sonata, Fanny and Alexander, Wild Strawberries are scheduled.

Watching Bergman’s Wild Strawberries on the big screen, or Pop Aye, a Singaporean-Thai drama about a man and his pet elephant, or the heart-breaking Russian film Loveless is an experience and a joy that must not be missed.

On Saturday night I wanted The Insult, a searing political drama made by the Lebanese director, Ziad Doueiri. There were few empty seats, the movie began on time, no phone rang and no one called their friend or driver to instruct anything.

It’s central, has lots of parking space and a few restaurants, including a large food court, that are accessible to non-members. But, it has an air of exclusivity that is now visible in its bills as well. A Rs 5 charge, for example, is levied on non-members for eating at the American Diner.

That’s nothing, of course, given that parking is free. But this attitude of exclusivity makes inclusivity tough.

For film festivals to have some buzz, to be fun, for youngsters to queue up in large numbers, and for film buffs to make it a day-long outing while hanging out with friends in between films, Habitat needs to chill a little and have, at the very least, some basic chai-pani-nashta stalls. Stuff that’s easy on the pocket, quick to have.

These are, admittedly, minor things. But at a film festival they are intrinsic to the film viewing experience.

Habitat has got the films, booked the venues, sent out mailers. Now all it needs to do is smile and open its doors a little wider. If and when it does that, Habitat International Film Festival will become an annual fixture on many of Delhi’s desk top calendars.

Entry to films, spread across three venues at India Habitat Centre, is free and you can book tickets online (http://habitatinternationalfilmfestival.com/).