Film titles running into problems is nothing new in K’town. 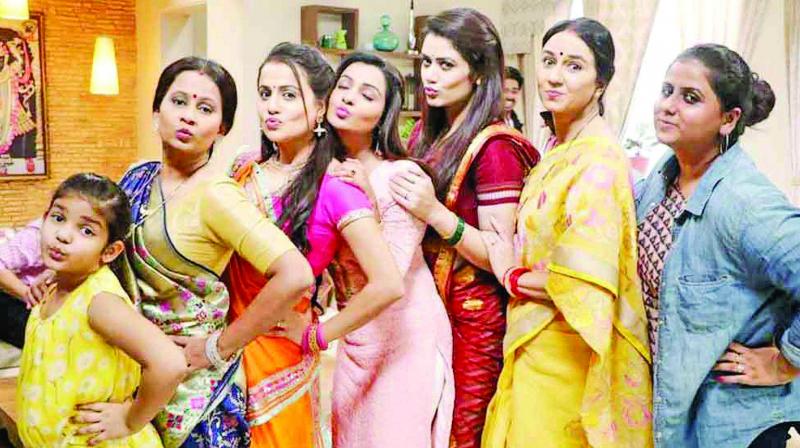 Kaayar, popular director/producer and former head of Tamil Film Producers’Council (TFPC), is contemplating going to court as the titles of two of his superhit films, including the popular Eeeramana Rojave, have been taken for TV soaps without his permission. Neethaane En Pon Vasantham is another instance of the same problem. The title of this movie produced by Elred Kumar will be the name of a soon-to-be-aired series on Zee channel marking the TV debut of actor Jai Akash.

“Titles are very significant to a film as they reflect the movie’s theme”, says Kayaar. “We as a team spend much time brainstorming to come up with titles for our films. And, there’s a procedure of registering it with the TFPC. If another production house has already taken the title, then the whole process starts once again. Sometimes we negotiate with the one who has already registered the title. There was a time when people used to throng theatres on the first day of a film’s release, lured simply by the title. That being the case, imagine our angst when makers of television mega serials use our films’ titles without the basic courtesy of taking permission.”

Kayaar had debuted in 1991 with the blockbuster Eeramaana Rojave, which ran for 125 days. “Now, when I Google for Eeramaana Rojave, I am not getting the movie; rather, images of a serial with the same name aired on Vijay TV are loaded. This really hurts. My other movies, Poove Poo Chooda Vaa and Irattai Roja, are names of serials too. I have requested the TFPC and Directors Association to tell FEFSI that those who use film titles for their soaps should post a ‘thanks card’ every day and monetarily compensate those who are in need.”

The director also strongly advocates censors for TV serials akin to films, to avoid such malpractices. “I am also contemplating going to court if I don’t get a proper response from the concerned producers,” says Kayaar, signing off.

In this context, it may be recalled that Suriya had produced a film under his 2D Entertainment banner with Jyotika, Urvashi, Bhanupriya and Saranya in the lead, and director Bramma had felt that the most suitable title for it would be Magalir Mattum. The actor had approached Kamal Haasan, who had produced a women-oriented comedy film under the same title in 1994, and obtained the rights to use the title.

Sura, a trade analyst, feels “it is surprising that a serial maker who hires a team to write the script for hundreds of episodes does not have a creative team to come up with an original title. I feel the respective channels should also take responsibility and insist on serial producers coming up with original titles at the proposal submission stage itself.”

Producer Karthik Gangadharan says, “Strangely, many who have ventured into producing mega soaps and indulge in such copycat activities are from the film industry. There’s a serial called Run, which is being produced by the Ananda Vikatan group, which has already made some films. Likewise, Saregama, who have also made films, bankrolls the serial Roja.”

In 2017, the TFPC issued a diktat that TV serial makers should get prior permission to use the titles of blockbuster films before commencement, failing which action would be taken against them. However, this move fizzled out eventually.