Mehreen is not professional: Shankar Prasad

Shankar Prasad, producer of Aswathama, hits out at the actress, says shooting with her was challenging. 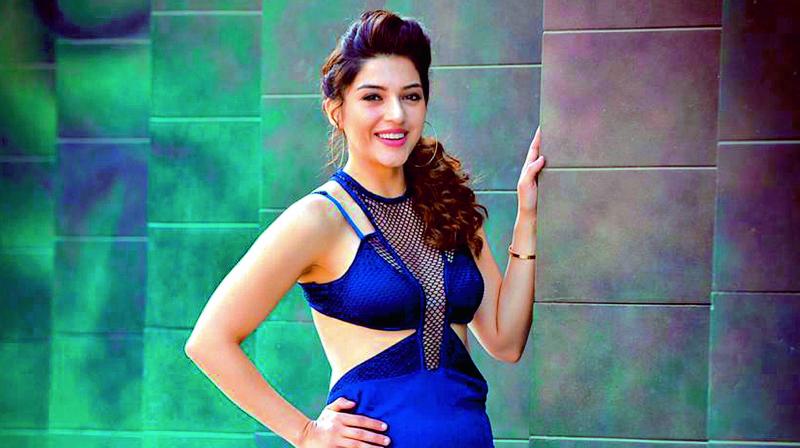 Producer of the film Ashwathama has revealed that they are planning to stop paying actress Mehreen’s accommodation bill if she does not show up for the film promotions. “We had roped her in for a shooting schedule of 30 days and made an agreement that she would also attend the promotional events of the film,” said Shankara Prasad. Though the actress had attended only 15 days of the shoot, they still paid her the full remuneration, said the producer.

“It’s a common practice to pay the last installment of Rs 10 lakhs after she attends the promotion of the film. Despite her missing a few promotional events, we have paid all her dues,” said the producer.

He also alleges that they were made to pay her extremely high food and laundry bills. “We never questioned her about the same, but we received huge bills for her breakfast and lunch. In fact, we paid nearly `6 lakhs for her assistant, who also stayed in the same hotel in a separate room,” said Prasad, adding further, “Before leaving the hotel, she didn’t even inform us. But we want to maintain good relations with the hotel, so we cleared all her dues.” Finally, he says that many people had warned him before signing her up for this film but he went ahead. “When Shaurya, the lead actor of the film, was injured in a major accident, she didn’t even call us and in fact got angry that the shoot got delayed,” complained Shankara Prasad.

I paid the hotel bills: Mehreen

Reacting to the allegations levelled against her, actress Mehreen says, “My manager Mahendra had already paid the hotel bills after waiting for more than two weeks for the production team to clear it. Hotel officials were continuously calling me and asking me to share my credit card details as they said the production house had denied to pay for the same.”

She further adds, “One day before the release, the producers stopped answering my manager’s call and even denied me a return ticket to come back home. My manager booked the tickets for me and my mom. After reading so many false reports against me, I decided to give a statement from my side. I believe the producer called up my manager to reimburse him for the hotel dues. They termed my accommodation bills as my laundry bills!”

“It’s not only me that they have misbehaved with. Surprisingly, they behave the same with everybody they work with, including the director. They do not shy away from criticising people in public post the release of the film. Regarding my stylist, I believe every artist is styled by a professional. Do they expect me to wear my home clothes in the film?” concludes Mehreen.