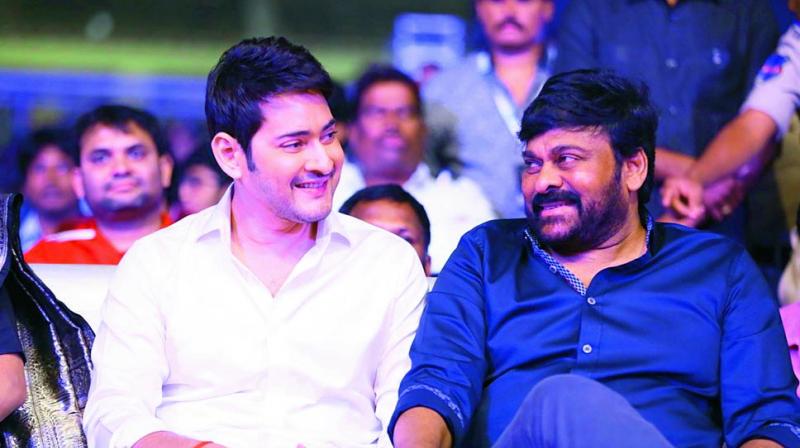 Filmmaker Koratala Siva is working hard to pull off something unusual and hitherto unseen!

While film buffs and fans have seen both the stars, Chiranjeevi and Mahesh Babu bonding off screen several times, if all goes well, both the stars will share screen space soon.

Chiru’s film under director Koratala is progressing at a brisk pace. The director had delivered two runaway hits (Srimanthudu and Bharat Ane Nenu) with Mahesh earlier. Hence, he shares a rapport with both stars. Apparently, Koratala had the idea of roping in Mahesh for a cameo in Chiru’s upcoming film. In fact, when he pitched the idea to Chiru, the latter welcomed it. “The filmmaker had a word with Mahesh about the cameo too. Although the superstar was surprised, he was excited. However, there has been no word on it from him”, says a source.

In January last month, Chiru had graced the pre-release event of Mahesh-starrer Sarileru Neekevvaru. So, perhaps as a return gesture, Mahesh wants to do a cameo in Chiru’s film. “Things still remain unconfirmed, but if it works out, fans of both the heroes are in for a feast,” adds the source.