Mohit Ahuja teaches photography to differently-abled kids to help them lead their lives with dignity. 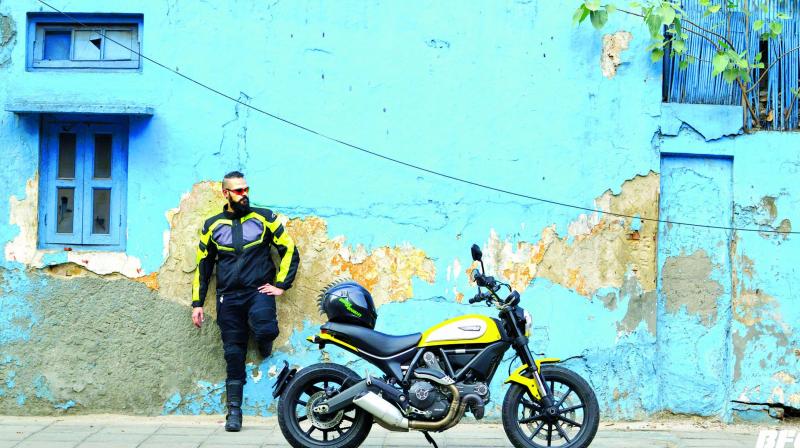 “It’s not our disabilities, it’s our abilities that count,” said American actor and Down syndrome advocate Chris Burke. Delhi-based Mohit Ahuja had it all, including a cushy job as a copywriter. He was working with some of the biggest brands in India when he decided to leave it all, to find his calling. He now teaches professional photography to the differently-abled, allowing them to take charge of their lives with dignity. His eldest sister Meeru, who suffers from Crouzon Syndrome — a genetic disorder characterised by the premature fusion of certain skull bones — proved to be the catalyst for his change. Mohit remembers his parents having a tough time because there was hardly any NGO or special school for kids with special needs 44 years back. “Dad used to travel a long distance and eventually, we shifted to a place that offered better access to her school. Right from my childhood, I was always exposed to the challenges that she went through, the NGO she went to and her friends.”

Somehow, little Mohit could not bring himself to reveal to the world that he had a differently -abled sister. The years passed by, and with that came worldly wisdom as well as a deeper understanding of the challenges that his sister went through, thanks to the various NGOs that she attended and the current NGO that his sister still attends. What he also noticed was a pattern emerging — that no one was imparting any special skills that could help the differently-abled earn a livelihood other than some routine ones like making stationery or candles or baking. Some of them were employed in hotels which again required use of no special skills. “Most of these kids come from good families, but the parents themselves are under a stigma that the kids cannot do anything other than the norm that society dictates. Even the parents are helpless because they do not see any opportunities other than these. Somebody had to change that perception and I decided to take up the task.”

That was how Mohit started KnowDisability — an organisation that aims to break the stereotypes against disabilities. 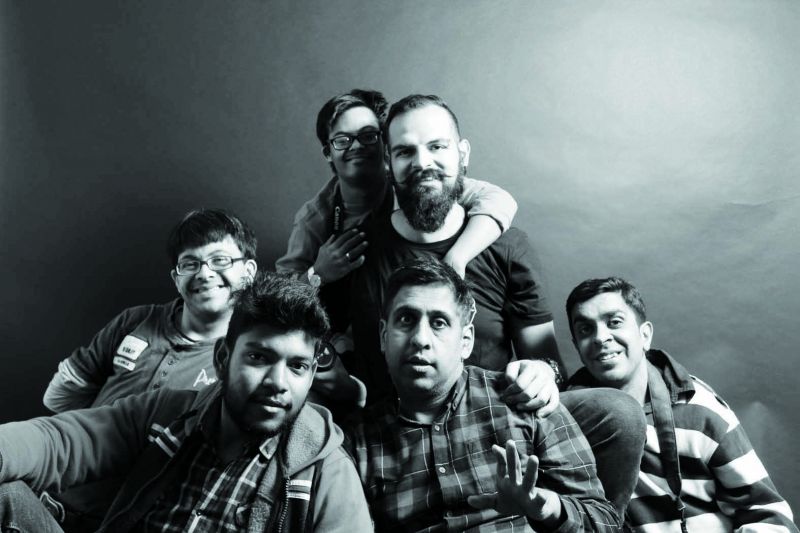 The first activity he devised was putting together a 10-day photography workshop for kids with disabilities in 2016. That came naturally to him since he had a passionate interest in photography. He got a dozen participants which was not bad as a beginning. That encouraged him to continue with the workshops and soon three months became six and then a year with the kids sticking around.  That was how a well paid copywriter working with some of the biggest brands quit his job and decided to spend time for his organisation.

The time Mohit spent with the kids changed his life too — for the better. He explains, “I was very short–tempered, very aggressive and erratic in my ways. When these kids came into my life I had to watch how I was dealing with them because the kids had aggression issues themselves. Once I remember two boys had a fight with each other and I had to use all my reserves of patience to deal with the situation in an amicable way. It has been a wild ride sometimes but it has been a transitional experience for me as well as the kids. Some of the kids are very talented,” he says.

Mohit had some girl students too but here again the parents were not too keen on having them continue and Mohit adds a jibe, “Sometimes I feel the parents are more challenged than the kids because they feel their children cannot do tasks. I recall some parents being worried if their children could handle DSLR cameras and I just told them that if they could not trust their own kids then who else would? I had the confidence that they could and that factor kept pushing me and the children to excel.”

Remember it is not easy for differently-abled kids to do routine tasks like clicking a camera or pressing the shutter but with persistence they did succeed and that has been Mohit’s biggest victory.  The children have rigorous training in photo shoots — studio and outdoors, composition and post production too including selection and editing of portrait shoot in available light as well as portraiture with single light source in studio and selection and editing with faculty.

He is a firm believer in creating awareness about the needs of the differently-abled which he feels is the only way to make society more inclusive. The vision of his organisation is to create an inclusive world with equal opportunities for people with disabilities for them to live a life of dignity and independence.

Coming back to his love for photography, Mohit was the youngest in his family and used to borrow cameras from his friends and click photos. “I was never good with studies and photography to me was an escape,” he says.

In addition to photography Mohit is also an avid biker and is the founder of a Motorcycle community called ‘Bikers for Good’. Started way back in 2011, it is the only biker community that runs for social causes.

He says, “If ever we ride, it is for a social cause! We had this ride recently  with the hash tag ‘no labels, no limits’ because as humans we tend to label and judge not only people but also things thereby limiting them.”

Mohit’s future plans for KnowDisability include reaching out to more kids. “In a couple of years I want to branch out with more people willing to do their bit for the kids. It is more about changing the attitude than changing the skill set or profession. I want to do more specialised courses for the differently-abled like they do abroad with options like stand-up comedy,” he wishes.

In parting, he says, “There is nothing stopping the differently- abled but the attitude of society towards them. That is something which I feel will change slowly.”