A Dialogue with the Devil

The play doesn’t take a sympathetic stance; it doesn’t paint David to be a man shaped purely by circumstances. 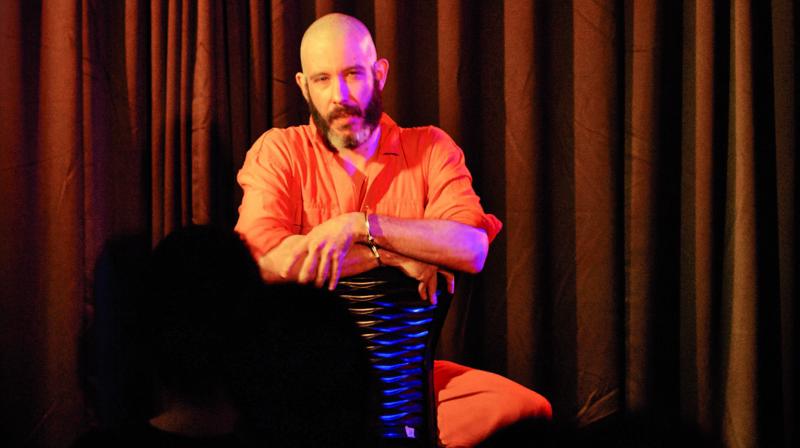 The play, David Coleman Headley, traces the life of the man behind the 26/11 attacks, and the inevitable outcome of his monstrous actions to remind us that truth and justice will always triumph over evil.

A bed, a washbasin and a chair are the only items that populate a restrictive prison cell. Inside sits a man we’re all familiar with, but don’t really know, David Coleman Headley, the mastermind behind the audacious attack that paralysed the city exactly 10 years ago. Jeff Goldberg’s eponymous play situates David exactly where his real-life home has been for the past five years, and will be for the next 30 — a federal prison cell. In the one-man play, David Coleman Headley, veteran thespian Jeff Goldberg essays the role of David, and through an approximately two-hour long monologue, gives the viewer a peek into the mind of one of the world’s most notorious criminals. “I chose to situate David in a prison cell because the audience needs to know that his acts came with very real and justifiable consequences. He is exactly where he deserves to be,” says Jeff.

When asked why he chose to make a play around such a diabolical character, Jeff, who has written and directed the play, says, “As a writer and director, his story itself was fascinating and the more I researched into the subject, the more it twisted and turned. It became a real investigation into the life and times of this tragic story. As an actor, I was attracted to the complexity of this man and drawn to answer the question: why did David commit such horrible acts of violence?”

And the revelations come from within the prison cell, where time drags its feet and silence compels you to hear your thoughts. David comes clean about it all: his real name given by his Muslim father and American mother, his attention-deprived childhood, his struggle with his identity, his reckless teenage years, his twisted ambitions, his lies, his deceptions and the blueprints behind his diabolical attacks. We see how his addictive personality prompted him to grasp one crutch after the next, be it drugs, sex, money, religion or power and how a defence mechanism, learnt during a tumultuous childhood and mastered over the course of a delinquent life, turns him into a man without integrity — a man who would throw his best friend under the bus in order to save his own life. Biographical disclosures are accompanied by historical ones, helping us see how various socio-political issues and oversights unwittingly contributed towards the making of an Islamic terrorist. 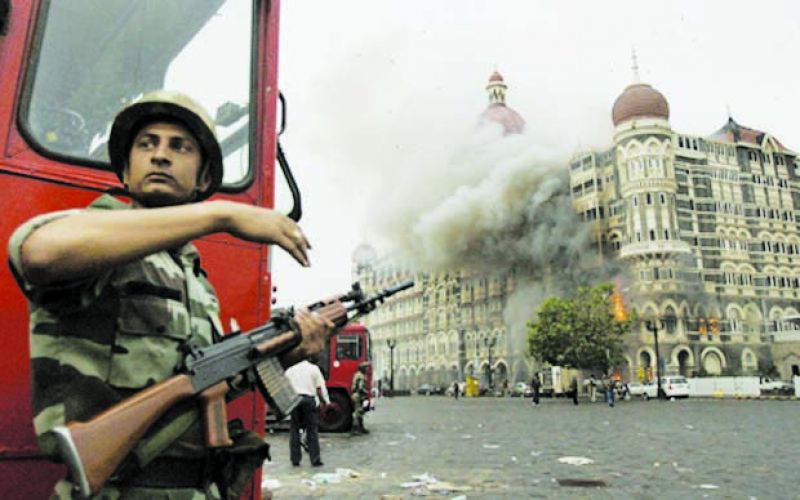 The Taj Mahal Palace Hotel was one of the buidlings targeted on 26/11.

Obviously, a phenomenal amount of research had to be put in to paint a factually accurate picture of David’s life. It took four years to come up with the final script and Jeff went the extra mile to gather all the information he could. “I read every book and article I could get my hands on and watched every shred of footage that was there about the topic. The story arcs so much that it was necessary to get as close to the material as possible. I went as far as interviewing David’s actual lawyer, Howard Leader, in New York City. I also spoke with the author of one of the books I read to get a better understanding of the various terrorist organisations in Pakistan,” reveals the actor.

But the play doesn’t take a sympathetic stance; it doesn’t paint David to be a man shaped purely by circumstances. His diabolism and arrogance shine through his choices and his lack of remorse is there for all to see. And so, Jeff says that essaying the role of David was a challenging task, because he found himself to be poles apart from the hardened criminal he had to impersonate.  “There are many differences between David and I, particularly the fact that I never lie, which is something he did all the time. He is a man with very few real beliefs and no morals. He was willing to trade everything for the work that he was doing. Many people believe that he was a devout Muslim, but I do not. I think that he was interested in making himself famous and he saw Lashkar-e-Taiba and terrorism in a larger way as a means to make himself well known,” insists Jeff.

However, ironically, Jeff was sure that he was the best person to play David, given his own experience as an American man living in India. “The two cultures are themselves very different and living that dichotomy in an honest way is a challenge that I can relate to. As for the darker sides of David’s life, I think any actor is interested in the challenge of pushing themselves to the outer limits of what they think is possible,” he shares.

Though Jeff does a commendable job of keeping the audiences riveted for almost two hours, the play itself is difficult to watch, because it reminds us of the horrors of the 26/11 attacks. But Jeff points out that the purpose of the play is to jog our memories, so that though we might forgive, we may never forget. “I want people to remember. I want them to have a moment of collective memory, where they recall the events of 10 years ago in an honest fashion. We cannot allow the events of the past to become something that once was; because it is our job to ensure that we work towards a more peaceful and hopeful time,” he concludes.