Director IV Sasi, the man of the masses, passes away

Cinema was more than a creative means of expression for filmmkaer I.V. Sasi. 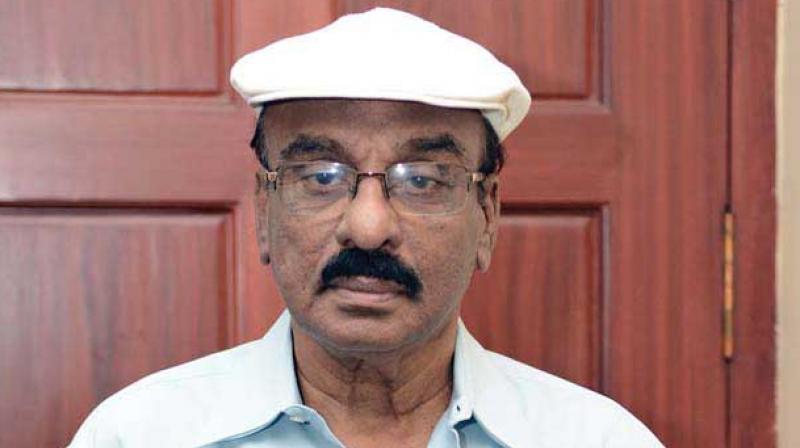 Thiruvananthapuram: Prolific filmmaker I.V. Sasi who, along with K.G. George, Padmarajan and Bharathan, moved Malayalam cinema firmly away from the stuffy studio-made formulaic films of the 70s and 80s died in Chennai on Tuesday. He was 69. The filmmaker, who was suffering from a spate of illnesses, breathed his last at his residence in Saligramam in Chennai. Sasi is survived by his wife, actor Seema, and two children Anu and Ani.

Sasi experimented with a bewildering variety of genres in his 150-odd films — from revenge sagas and forbidden liaisons to political satires and period dramas — but made them all accessible to the common man. Therefore, unlike his celebrated peers, Sasi also emerged as the state’s greatest ever crowd pleaser. His associations with M.T. Vasudevan Nair, Padmarajan and T. Damodaran have produced all-time classics.

His name not only brought in crowds, but Sasi also had the rare ability to hypnotise a multitude to do his bidding in front of the camera.

Modern filmmakers resort to technology, but it still remains a mystery as to how Sasi managed to make a crowd emote for him. “It is similar to taming an elephant that had turned violent with just a look,” said filmmaker M. Padmakumar who had assisted Sasi in 18 films.

Sasi was perhaps one of the few filmmakers in the country who understood the aesthetics of anarchy. “He would be keenly aware of the performance of a person in the crowd as he would be about his main actors like Mammootty or Mohanlal,” said Ramach-andra Babu, his cinematographer for at least 10 films.

Some of his political blockbusters like ‘Eenadu’, ‘Iniyenkulum’, ‘Vartha’ and ‘Adimakal Udamakal’ reflect the frightening chaos of a messy revolution and yet holds together as a coherent whole. ‘Eenadu’ (1982) packs umpteen weighty issues within its two-and-a-half hour duration — college violence, spurious liquor, souring Gulf dreams and political corruption.