The Tollywood superstar confirmed during promotions of 'Spyder' that he and the acclaimed filmmaker will be working together on a film. 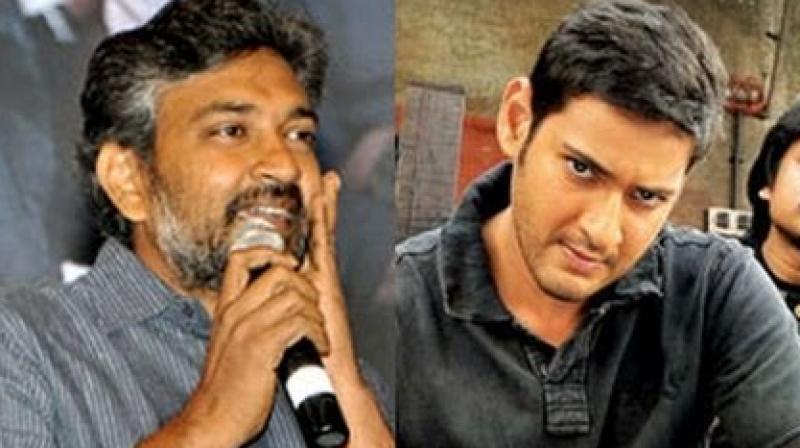 Despite being in industry from more than 15 years, S S Rajamouli and Mahesh Babu haven't worked with each other yet.

Mumbai: The blockbuster success of S S Rajamouli's 'Baahubali' films have definitely made the director a much sought-after name, not just in South, but even in Bollywood.

While reports of the filmmaker joining hands with his ‘Baahubali’ Prabhas again, on a Bollywood film in collaboration with Karan Johar, did the rounds, rumours mills were also abuzz about him planning a film with Tollywood superstar Mahesh Babu as well.

And now, Mahesh has finally confirmed that he is indeed working with the ‘Baahubali’ director.

According to a report in The Indian Express, the actor, who is currently busy with the promotions of the ambitious action thriller 'Spyder', confirmed the news during press interactions.

The film is likely to kick off by end of 2018 or beginning of 2019 as Mahesh is set to work in three other films before that, Koratala Siva’s 'Bharat Ane Nenu’,'Mahesh 25’ and another film with Trivikram.

On the other hand, Rajamouli will reportedly direct a film for producer DVV Danayya. It is not clear yet who will be the lead actor of the film or if the Mahesh Babu starrer turns out to be his next after 'Baahubali: The Conclusion.'

After directing Prabhas, Junior NTR, Ram Charan and Nani, it would be the first time Rajamouli will be working with Mahesh Babu.