To Bombay, with love 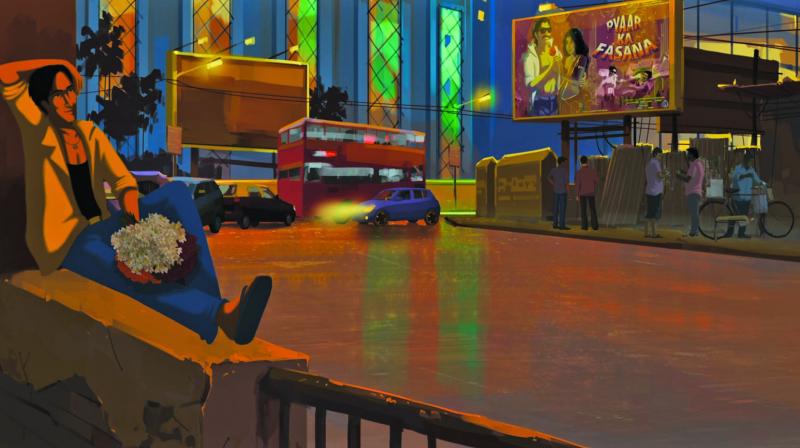 A still captures the protagonist, Salim, who is a flower seller, and Bollywood’s influence on the city.

The actress, animator, and filmmaker, Gitanjali Rao has another feather added to her cap as her animation feature, Bombay Rose, has been selected as the opening film of the Critics’ Week section at the Venice Film Festival 2019. It is the first Indian animation film to enjoy this honour, but Gitanjali isn’t a stranger to stellar achievements. The multitalented filmmaker has five animated shorts to her credit, including Printed Rainbow, which was short-listed for the Oscars in 2008, and her debut Bollywood performance in Shoojit Sircar’s October has been widely acclaimed. But the filmmaker’s itch to create doesn’t seem to be easily satiated or silenced; and so, we have yet another heart-warming animated offering of hers to enjoy.

Bombay Rose, which has been co-produced by Film d’Ici and Cinestaan Film Company, brings together “three tales of impossible loves. Love between two flower sellers. Love between two women. Love of an entire city for its Bollywood stars,” says the note about the film. The stories unfold in bustling ‘Bombay’ —home to several migrants — who come to the city in the hope of “seeking minimal life in the maximum city”. A red rose stands witness to this desire and weaves together narratives and lovers in the film.

The film draws heavily from the city and the filmmaker tells us why she chose the name ‘Bombay’ for her film, as opposed to Mumbai, and the associations the word conjures up for her. “I am someone who was born in Bombay in 1972, lived there all my life and always called it Bombay in English, ‘Bambai’ in Hindi and ‘Mumbai’ in Marathi for thirty years until someone comes along and changes it to Mumbai. I do not believe in erasing such a rich history of the city for a few votes in the elections. So, I continue to call it Bombay in all ways except official addresses. Were it a Marathi film, it would be called Mumbaicha Gulaab,” says Gitanjali, who is the screenplay writer, cinematographer and editor of the film. 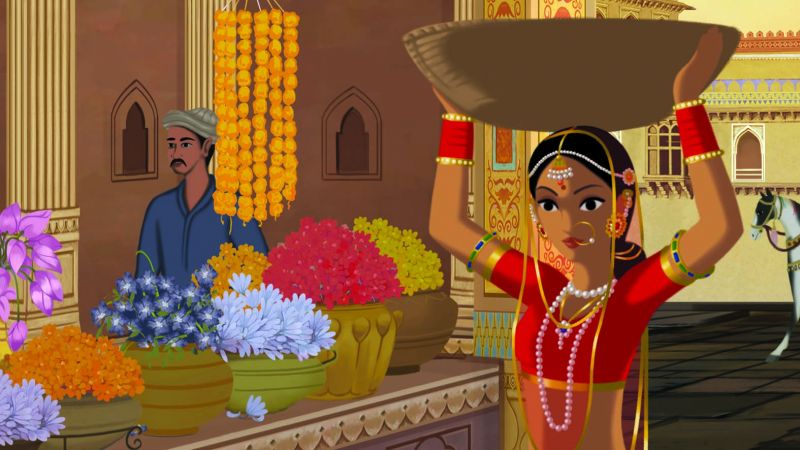 Salim falls in love with Kamla, also a flower seller

Apart from its name, the film looks to the city for its characters as well, but in the margins and places that otherwise go unnoticed. And so, flower sellers, slum dwellers and migrant workers become the stars of the film, and we see how the ‘stars’ from the all-pervasive, dream-producing machine – Bollywood – hold sway over the former’s dreams and desires. Gitanjali reveals that the characters are based on people she has met, seen or read about in the city.

“All the characters are, in some way, people who have migrated to Bombay. Some a few weeks back, some years ago and some generations ago. I follow their lives closely and therefore their spaces in Bombay become my landscape. They are very much inspired by Bombayites,” she discloses. She also speaks about Bollywood, one of the city’s lifelines, and the role it plays in the film. “Bollywood is the backdrop in which my male protagonist, who is a typical hero worshipper, emulates it and realises that what happens on screen is not a reality but a myth that can sometimes be dangerous. It is a critique on hero-worshipping and sexist masculinity,” she says.   The red rose too plays a seminal role in the film, but unlike in the fairy tale romance, Beauty and the Beast, this rose has no superpowers. Its presence reminds us of the brevity of life, but it also signals the power of love to conquer all.

“The rose in my film is grown by someone to be kept on the grave of a dead lover but is stolen from the grave by someone else to be presented to a living lover. At times, we also see the world from the point of view of the rose, and how love travels from the dead to the living and beyond,” shares Gitanjali.

The medium of animation was perfectly suited for this experimental storytelling and so, even though the film has a gritty realism, these are time warping, dream-like sequences as well. “This is the advantage of animation which would be impossible in live-action. The rose in my film is witness to all that happens to its characters. So I have used this unique point of view to understand love.  I also traverse between reality and the dream world of my characters, going from present-day reality to an unseen history using folk art styles of India. This is possible only in animation, not live-action,” she reasons.

The visuals of Bombay Rose are exquisite, with every frame looking like a painting done by hand. The filmmaker reveals the visuals of the feature were influenced by her love for painting.

“My style of film making is totally about different graphic styles, folk art styles, so I borrow from still art and make it move in my films. I am also an art graduate who loves to paint. Therefore, my films are about moving paintings to tell a story,” she says. The production and postproduction of the film took about 21 months and a dedicated team of 50-60 artists. “The challenges, as always, is about too much work, too little time, never enough money and yet a lot of love, passion and dedication overcomes it all,” says Gitanjali.

Though the filmmaker is thrilled by her recent achievement, and says that she “cannot think of a better way than this to have her labour of love, made over six years and with hundreds of team members, be presented to the world,” she has no assumptions about the film’s reception, or what might strike a chord with its audiences.

“It is for the viewer to take back what he or she can understand, depending on their age, their circumstances, and their reality. It is not for me to dictate what they should or should not take back. So time and the audience will answer this question for me,” she concludes.