Indian-American actor Naren Weiss has now become a name to reckon in the West with roles in series like The Blacklist: Redemption and more. 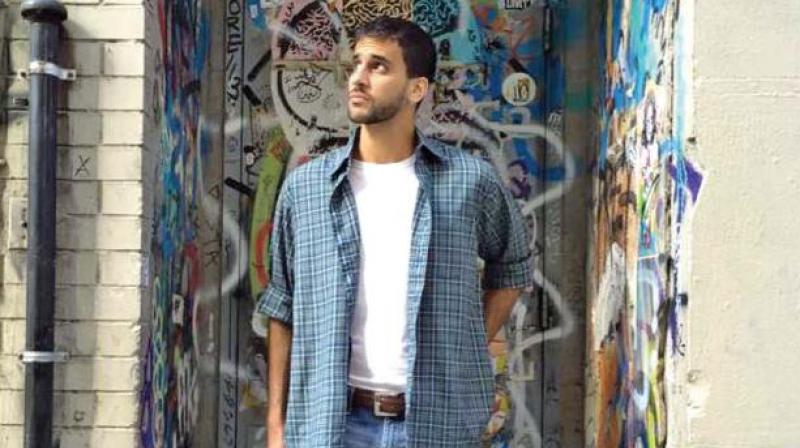 Having been brought up in namma ooru as an Indian-American, actor, model, playwright and educator Naren Weiss sees the world through a very different perspective, unlike most of us — and he states that this benefits him as an artiste. After making a name for himself in the Chennai theatre scene and later claiming limelight through his role as Osama Bin Laden in Vishwaroopam, he’s now a name to reckon in the West!

In fact, he has acted in TV series such as The Blacklist: Redemption and also shared screen space alongside actress Lucy Liu in the hit show Elementary. In a freewheeling chat with us, Naren, who’s in the US currently, speaks about his career, his future projects and more.

“I was born in the USA to an American father and an Indian mother (from Coorg). My mother finished medical school after my brother and I were already born — and immediately moved all of us back to India. I did my schooling in Chennai and then opted to join Madras Christian College for my under graduation. I later trained as an actor at Brooklyn College (in New York), receiving an M.F.A. (Master of Fine Arts) from there,” starts the 26-year-old.

Speaking about how he got inclined towards arts, Naren, who was an athlete while growing up, says, “I received scholarships to play basketball at a number of colleges. By that time, I desired to pursue both sports, as well as arts. But many told me that I would not be able to do both, so I chose acting.”

Naren later indulged in theatre between 2010 and 2012 and made a name for himself in Chennai. He worked with Stray Factory and was also a part of The Little Theatre’s Christmas pantomimes for a few years. He reveals to us that he was one among the boys initially asked to audition for Life of Pi. “But I was told that I was too tall... ironically, I ended up getting cast in another project five years later as a separate character named ‘Pi’. The director of the project? Peter Lee, long-time friend and associate of Life of Pi director Ang Lee — the uncanniest of coincidences!” he laughs.

Sharing with us about his international projects, he says, “I’ve been in the U.S. for a few months now, working on a variety of shows. It started with the Comedy Central piece Broad City as well as The Blacklist: Redemption (on NBC), both of which were smaller parts — but seemingly important ones. Next up, I did a role on Elementary and acted opposite Aidan Quinn and Lucy Liu. Being on set with Lucy Liu was a dream-come-true — I now have the biggest professional crush on her! Finally, I appeared in the season 18 finale of Law and Order: Special Victims Unit.”

So, how different is the working style in the West? He explains, “The biggest difference in the two is the approach to storytelling. In the West, the written word is highly important. In India, we respect visual storytelling. I think that combining the two could make for truly exciting storytelling.”

On the experiences of being an Indian-American in the field of entertainment, he says, “Being from both cultures (and neither) gives me a unique perspective on the world. Individuals like me (from two or more cultures) see things in ways neither their parents nor their friends can understand. This experience helps me greatly as an artiste.”

Naren also still has pleasant memories shooting for Vishwaroopam. “My scene was opposite Nasser and Rahul Bose, with Kamal Haasan on the fringe. I must’ve been pretty nervous during the first-go round. Hence, Rahul took me aside and told me to forget the real-life dynamics of the scene and to keep in mind that the status and power being held here was entirely mine. We did the scene again and I received no notes from Mr. Haasan (a good sign). Rahul appreciated me too.”

On a concluding note, Naren, who teaches drama to middle school students, talks about his upcoming projects. “I’ve just committed to a play taking place in New York City later this summer. A film I shot last year, Love is a Broadway Hit, is releasing in China later this year, and I hope to get out there for the premiere (schedule permitting) when it does,” he signs off.