We have a Mission Impossible vibe: Famke Janssen 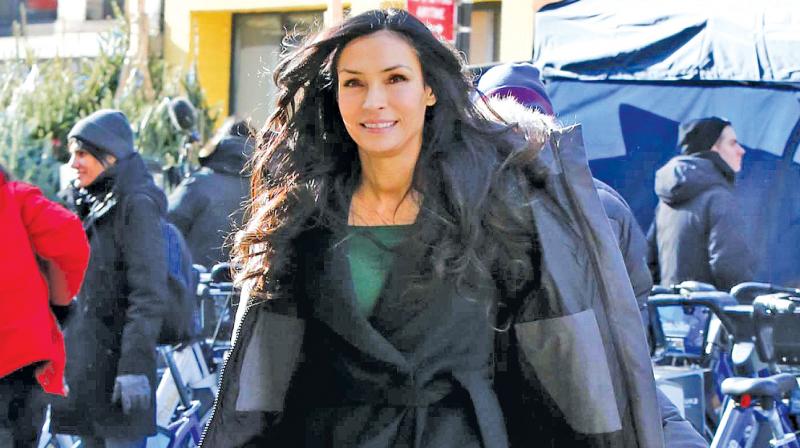 Most sci-fi and comic book action lovers know her as Jean Grey in the X-Men film series but Famke Janssen is also quite the star of web series. Having acted in Hemlock Grove and How To Get Away With Murder, she is now shooting for a new crime thriller — The Blacklist: Redemption — a spin-off from the wildly popular Blacklist. In a freewheeling chat, she speaks about the nuances of her character and the pressures of playing such a pivotal role in a series.

What is your biggest challenge in playing the character? And what kind of preparation was needed for the role?
Yes, well, Scottie is not an easy character to play because there are so many layers to her. She is really complex, which I love about her. But the audience doesn’t really know where they stand with her. Sometimes, while playing her, I feel the same way because, there’s so many twists and turns in the story.

I know that the concept of The Blacklist: Redemption is very close with the style of Mission Impossible. Do you find a resemblance between the two?
We do have a Mission Impossible vibe. It’s definitely an international kind of spy thriller. But it’s also a show that just has a lot of emotional beats and other things happening at the same time.

In The Blacklist you had a smaller role. Now in The Blacklist: Redemption, your role, is central to the show. Does this come as a big change for you?
Being one of the leads in a show of course has a lot of pressure that comes with it because a show like The Blacklist has been around for four years now and it’s been doing incredibly well. We have to find an independent audience in addition to The Blacklist audience because it’s a show that can stand on its own. But I’m proud of what we’re doing and hopeful that people are going to be as happy about it as we are.