Unfazed by the CBFC playing big brother, filmmakers and scriptwriters are ready to take charge and forge a new way for cinema. 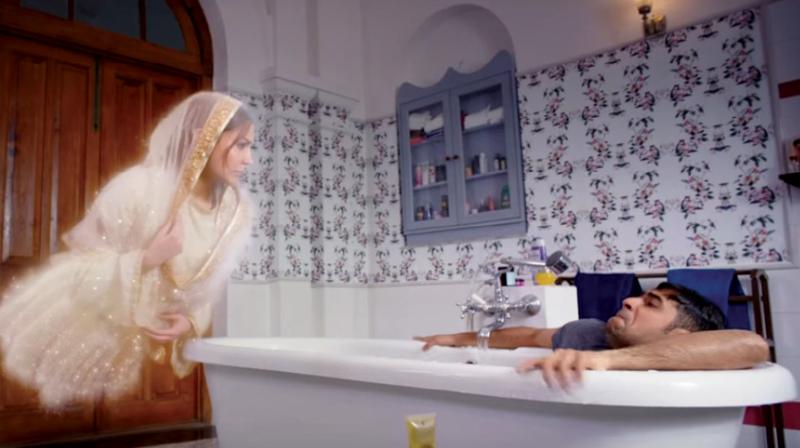 The scene from the film Phillauri which drew the CBFC’s attention.

Phillauri has become the latest film to face the Central Board of Film Certification (CBFC)’s ire, after the Board refused to allow more than two slaps in a particular scene in the film. It later asked the filmmakers to delete the scene where Suraj Sharma is reciting the Hanuman Chalisa in front of Anushka Sharma, who plays a friendly ghost in the movie, since chanting it couldn’t shoo away a spirit (thereby showing the mantra in a bad light).

This news comes just a month after the CBFC refused to certify Prakash Jha’s production Lipstick Under My Burkha. Not just the Board, but even fringe political groups have taken policing the movies upon themselves. Sanjay Leela Bhansali’s Padmavati too was under fire over alleged misrepresentation of historical facts in the film, running into trouble in not just Rajasthan, but also in Maharashtra.

In the face of these times, there are still a number of scriptwriters, filmmakers, directors and producers, who are determined to keep forging the way for brave new cinema.

The tug-of-war between writers and political bodies was one of the main topics discussed at the FICCI talk on Brave Voices: Screenwriters who are changing the game. Moderated by screen writer Anjum Rajabali, the panel consisted of director Alankrita Shrivastava, who is currently fighting to have Lipstick Under My Burkha release in Indian theatres; Rucha Pathak, chief creative officer of Fox Star Studios; writer Sanyukta Chawla Shaikh, whose Neerja was looked at as one of the most touching biopics of 2016, and screenwriter Atika Chohan, whose Margarita with a Straw portrayed sexuality in people with disabilities for the first time.

Though the CBFC has banned Lipstick Under My Burkha from being aired in India, Alankrita expressed how the opposition has given her more reason to narrate subversive stories. “When I started making Lipstick, it was just a story of four women and their private dreams. However, after this reaction from the CBFC, what I realised is that there is a systematic silencing of the voices of women in particular,” she explained, adding, “If we as writers don’t speak up, it’s the death of the voices of all artistes in the country.”

Sanyukta, on the other hand, expressed the need to exercise caution, given the times that filmmakers and writers have found themselves in. “On the one hand, you have producers who are open to ideas, which they never would have been open to about 10 years ago. On the other, you have a distinct political atmosphere where anything subversive is immediately opposed. So, in this scenario, I would compromise maybe a little, so that I can tell my story to the masses,” she stated.

Compromise — however, Atika was quick to point out, should not mean giving in completely. “In any form of negotiations, one must have a few non-negotiable parameters, on which you will not budge. I think that as writers, we need to stick to our true voice, and if all writers do that, then it becomes a sizeable force against the forces that are trying to gag us,” she said earnestly.

Alankrita explained that the forces working against writers and creative heads in the film industry are not solely restricted to the CBFC. “It is easy to blame the CBFC for our problems, but we are all complicit in it. Whether it is at the level of audiences, writers, studios or producers, we all need to introspect and take responsibility for a being a part of this system,” she elaborated.

The contention, perhaps, also lies in the fact that the film industry often becomes an easy target for fanatics, Rucha countered. “The directors’ guild does try to intervene if there is ever any problem with a film, but there is no forum to solve a problem if they arise after the CBFC has certified the film, as was in the case of Karan Johar who had to apologise for making Ae Dil Hai Mushkil with Fawad Khan,” she sighs.

Ultimately, however, it was something that Anjum said at the beginning of the talk, which resonates and seems to tie the argument together as well: “India has one of the richest heritages of storytelling in the world, and I don’t just mean heroes but grey characters. Take Draupadi, who had five husbands, or Karn, who we all look at as a hero, but who also behaved terribly with Draupadi. And, it would be a tragic waste to our storytelling heritage, if writers were not allowed to tell their stories because some people are afraid that it will disturb our culture. Art is not supposed to align itself with status quo, it is supposed to disturb you and make you question the way things are.”