After the first look of Kangana Ranaut was criticised by viewers, the filmmakers made note and worked on improving the actor’s look. 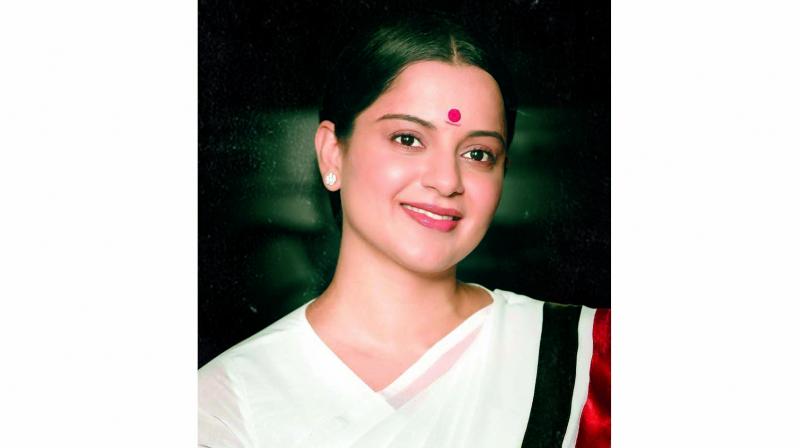 Looks like the makers of the film, Thalaivi, the much-awaited Kangana Ranaut-starrer biopic on former Tamil Nadu Chief Minister Jayalalithaa, have learnt their lessons the hard way.

Looks like the makers of the film, Thalaivi, the much-awaited Kangana Ranaut-starrer biopic on former Tamil Nadu Chief Minister Jayalalithaa, have learnt their lessons the hard way.

In November 2019, the filmmakers had released the first poster with Kangana’s look as Jayalalithaa. However, the poster had received mixed response for the ‘excessive use of prosthetics’ in it.

We have now learnt from reliable sources that the looks released back then were from the actress’s ‘trial photoshoot’.

The filmmakers claim to have released the look, in which Kangana was seen sporting heavy prosthetics, in a bid to understand the pulse of the audience. “We wanted to know how the audience would receive Kangana as Jayalalithaa. And the initial backlash, we realised that we were forcing things. So, instead, we decided to keep it natural,” a source from the unit tells us.

Ironically, though, we also know that the film, which was supposed to go on floors from August 2019, was delayed by two months because the filmmakers had wanted Kangana to look exactly like Jayalalithaa.

“Kangana had even piled on 10 kilos to add to the looks. Despite knowing that gaining weight naturally takes time, the filmmakers were game to wait so that she looks ‘authentic’,” adds the source. Now, on the occasion of Jayalalithaa’s 72nd birth anniversary, the filmmakers are set to release fresh posters of Kangana from the movie, which we hear will look far more convincing.