There is a growing class for emerging filmmakers who dabble in this genre, as well as an audience that is keen on watching short movies. 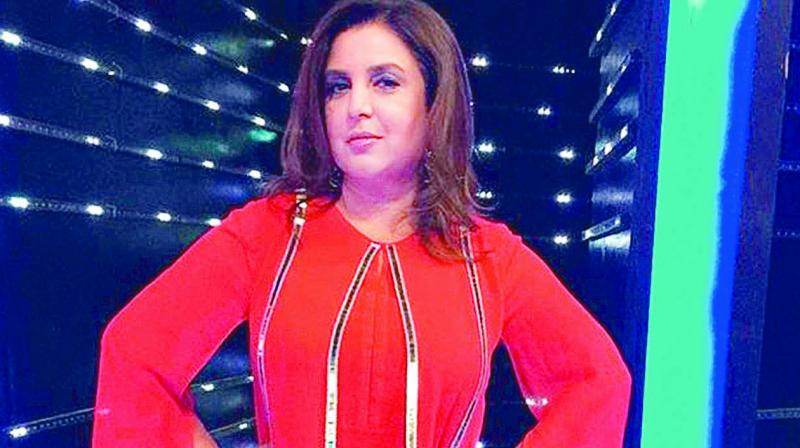 Increasing accessibility and affordablity of digital platform has escalated the production of short films; we caught up with Farah Khan, Randeep Hooda and Seema Pahwa for an insight on the ‘blossoming’ medium.

India has an enormous and history of cinema. Indian cinema has given its patrons real-life stories, hope for happy endings, a belief in the journey from rags to riches and – once in a while drop by Spain to fight a bull with your friends. Though the ships hardly sank in Bollywood, the tragedy lives on forever, as Ranjha never gets Heer but Simran will always get her Raj. In recent times, as attention spans become shorter than that of goldfish, our beloved films have also become short.

Short films are gaining traction left and right. There is a growing class for emerging filmmakers who dabble in this genre, as well as an audience that is keen on watching short movies.

“People want to watch entertainment all the time, on their phones, tablets, even while they are traveling. The shorter (format) the better, because you don’t want to watch a two and a half hour movie on your phone. And It is a different kind of challenge to make a short film altogether,” shares Farah Khan, a renowned Indian film director. “However, I don’t think that there will be any competition with longer format of movies (commercial movies), because people here still go out to theatres and watch films. But nowadays, the longer format is also getting shorter and shorter. For digital platforms like mobiles or YouTube, I think short films fit the bill,” explains Farah.

New media platforms like the Royal Stag Barrel Select Large Short Films, OTT and film festivals have given filmmakers freedom to experiment with the content and have pushed the boundaries for short films around the world, providing filmmakers with a platform to challenge the creative shortcoming of commercial movies. It has allowed makers and distributors to reach out to the audience around the world with unparalleled ease. And because of this, short films are becoming a dynamic medium in a blockbuster driven industry.

“The more digital platform empowers, the more different types of content we get to provide. I think there is a boom going on right now. I want to make a movie and I can’t even find an assistant director because everyone is busy making short films or web series,” explains Farah. “In a short film, you can experiment and do whatever you want – there is no pressure of getting your money back.”

Actor Seema Pahwa believes that short films have the ability to empower artists like her. “Initially, there was no trend for short films for us, and along with that there was no platform to watch them,” she reveals. “The way that digital platforms are empowering short films, it has created seriousness and competition towards this format. Now, people are getting an appreciation for their creativity and due to this, makers are coming up with more interesting stories,”

“As an actor, I think this is a great thing that we are now able to look beyond a hero and heroine.

With short films, the range of storytelling has widened — we can look beyond love stories and focus on other problems,” explains Seema.

In recent years, we have seen some really thought-provoking productions. Some of these even starred mainstream and veteran actors, who have begun to understand the impact and scope of short movies on the masses. “I think it is difficult to do short films as there are fewer scenes and constraints of time, so it’s more challenging. In a short film, you are showcasing something in five minutes that you would probably show in an hour. It can be challenging for one who is creating a short film, and one who is directing it,” Seema further adds.

Are short films are taking over feature films? The seasoned actor agrees. “I think this will increase competition among makers. There are a lot of writers who have beautiful stories to tell and they don’t have platforms to showcase that. Thanks to new media, makers and writers are encouraged to come forward and make their own story,” Seema shares.

“ I enjoy watching short films, they are quick and complete story to see. It is a platform for young filmmakers to experiment, and it acts as a stepping-stone for them. With the help of Internet short films have found their own set of audience. OTT and various digital platforms has been a pusher for them,” shares Randeep Hooda

“Any content that is generated whether on OTT, YouTube or short movies is all a part of collective effort towards filmmaking and story telling so everything contributes a lot. But since now people’s attention has deviated towards time constraint, short films are a great way of finding a quick arrangements for this,” explains Randeep.

Considering short films as one of the most honest forms of film making, it has acted as a powerful medium to tell a story that leaves an impact. This medium is considered an ideal one to raise social issues, it may come across short in terms of scale, but in terms of idea, they are huge.