A lawyer filed a police complaint in E3 police station in Annanagar in Madurai against actor Vijay over dialogues in Mersal. 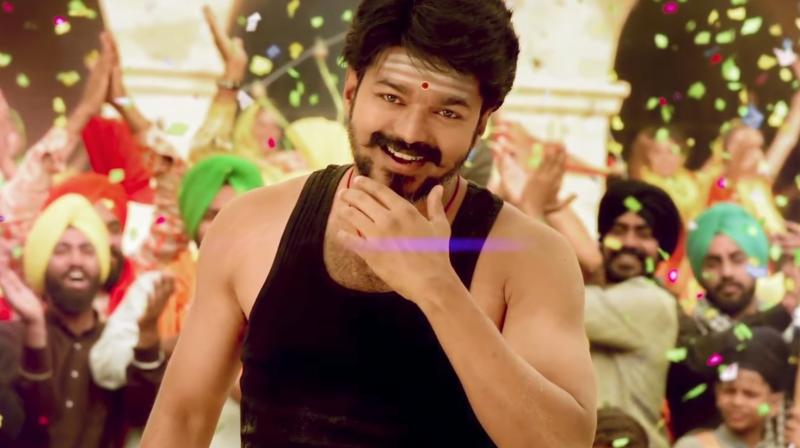 Vijay in a still from Mersal

Chennai/Madurai: Tamil film Mersal continues to be in the spotlight beyond the theatres in which it is running since its Diwali  release. On an eventful Monday, rumours were afoot that actor Vishal was raided by GST intelligence officials, which was later denied.

It is likely that officers of an unnamed Central agency did call on the actor’s movie office and the actor who is also secretary of the Nadigar Sangam addressed the media to say that what was happening was not significant and that he was capable of facing any probes.

A lawyer filed a police complaint in E3 police station in Annanagar in Madurai against actor Vijay over dialogues in Mersal, a police official disclosed, adding that no FIR has been lodged. In the complaint, the advocate claimed that the dialogues Vijay speaks in the movie were against Indian sovereignty because it affects the religious sentiments of Hindus. A dialogue which states more hospitals need to constructed instead of temple was nothing but targeting a particular religion, he said. A petition was filed in Madras high court for a direction to revoke the censor  certificate of the film.  The petitioner, advocate A Ashvathaman, alleged that the  film was full of “wrong propaganda about India.”