Nostalgia on display at IIFA 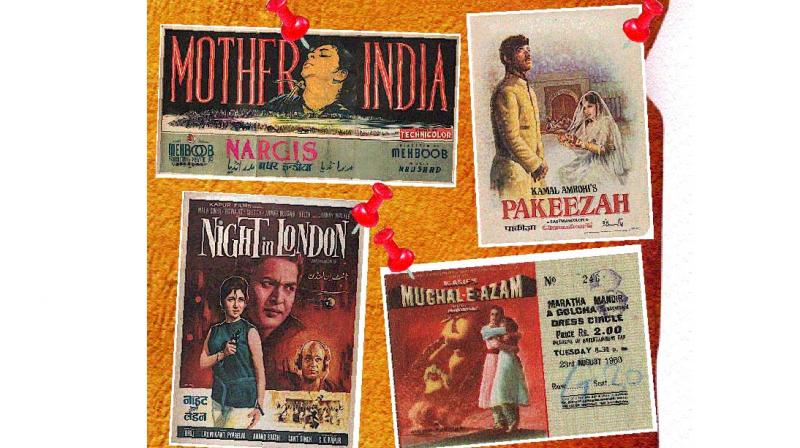 An auction of vintage Bollywood publicity material and memorabilia was held by the Osian’s Auction House.

Think of vintage Bollywood and what comes to mind is Salman Khan’s bare body and Madhuri Dixit in her iconic blue sari from Hum Aapke Hain Koun. Or maybe it’s the 70’s kitsch you prefer — the art of the grindhouse, B-grade sci-fi, or the popcorn flicks of the 80’s. Whatever your genre of choice may be, nothing can epitomise it better than a movie poster – the designs of which get their due in novelty shops and special exhibitions, but often go unheralded in popular conceptions of art.

This year, vintage film publicity material and memorabilia are being celebrated at one of Bollywood’s biggest award shows – IIFA, in Bangkok. An auction held by the Osian Auction House of original posters, tickets and movie stills spanning over 100 years of India’s cinematic history has given all of B-town a reason to reminisce the film industry’s golden era.

Hearing about the auction and the exhibition, veteran theatre and film actor Ram Gopal Bajaj, who played Sridevi’s father in Chandni, says, “It is good to know that something like this is happening. Chandni was a landmark film, and it feels nice to know that it is being counted with the likes of Mother India and Pakeezah.”

Collaborating with IIFA to conduct an auction for the preservation of India’s cinematic heritage is something that Neville has had in mind for a long time. “For 25 years, we have focused our energies on taking this cause forward. Having built the world’s largest archive of Indian and world cinemas and arts, we were keen on making this association,” he says.

The objective of the exhibition and auction in Bangkok is to increase awareness and boost efforts towards preserving and nurturing India’s cinematic heritage. “We especially need to preserve rare and vintage publicity material and memorabilia, otherwise the world’s largest film industry will have the world’s smallest collection in physical and digital terms,” Neville says.