At a time when Rajinikanth is in limelight for his speeches, sources say it is natural for the makers to lure the audience early. 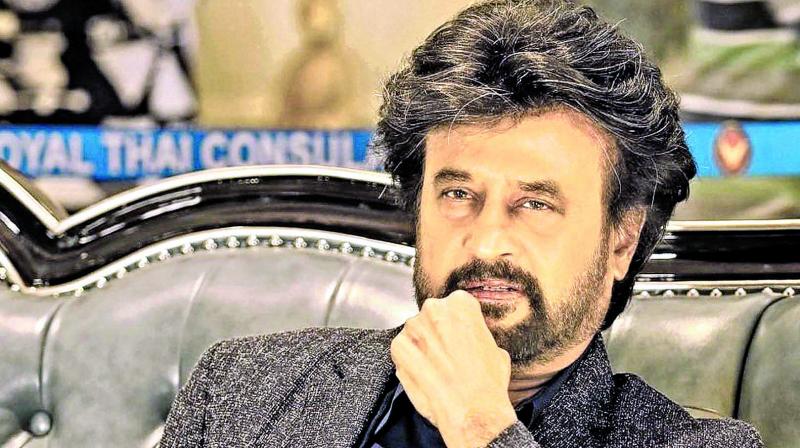 It might be a ‘Rajini Darbar’ during the festive days of Pongal 2020. While Lyca Productions, the makers of Darbar, had first said that the film would hit the marquee during Pongal in 2020, which falls on January 15, it seems they have now advanced the release by 5 days. The film may release on January 9 to cash in on the long festive holiday weekend of Sankranthi.  They have made it official on their website.

With this strategic move, the producer hopes to make a killing at the box office. Sources say they have already initiated business talks with exhibitors and distributors. At a time when Rajinikanth is in the limelight for his sensational political speeches, sources say it is but natural for the makers to lure the audience much ahead of other films that may dare to lock horns with Darbar.

The only other film with an official announcement regarding a Pongal release is Prabhu Deva’s Pon Manickavel, directed by Mugil. Prabhu Deva dons khaki for the first time in playing the titular role of PM, which is inspired from the real life cases of IG Pon Manickavel. The poster merely says Pon manickavel is a Pongal release, and hence the date of theatrical release is not clear. Others who are likely to take on Darbar include Suriya’s Soorarai Pottru and Karthi’s Sultan, which may have their release during the harvest festival.

The Superstar’s son-in-law Dhanush’s Pattas was supposed to compete in Pongal time but close sources say the makers have backed out now from the race and might instead target Republic Day 2020.

All this may drive the Superstar’s fans into frenzy as they eagerly await their Thalaivar in a cop avatar after a gap of 27 years. The Darbar motion poster has already created a lot of hype around the movie. Recently, Rajini completed the dubbing for Darbar, directed by AR Murugadoss and the latter also posted a picture in which both are relaxing on his social media handle.

Interestingly, Rajini’s character name was revealed recently. He is called Aaditya Arunasalam in the film, while Aaditya and Arunasalam are reportedly the names of ARM’s son and father respectively. Arunasalam also has recall value among his fans, as they would fondly remember Rajini’s 1997 blockbuster Arunachalam.

The movie has Nayanthara as Rajini’s romantic pair, Nivetha Thomas, Yogi Babu, Sunil Shetty and Prateik Babbar in key roles. While composer Anirudh Ravichander collaborates with Superstar for the second time after Petta, Santhosh Sivan is behind the camera.