Weep copious amounts as you follow the lives of these two Pak families. 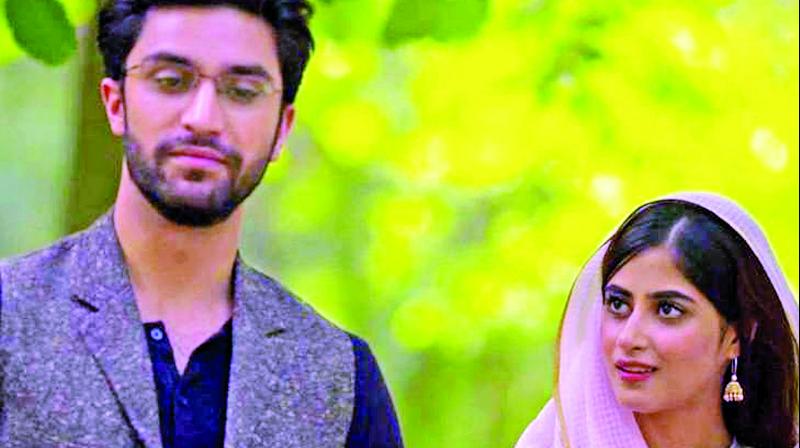 Ahad and Sajal in a scene from the drama

There was a time when the nation was (ironically) hooked to Pakistani plays thanks to Zee Zindagi. But except for Humsafar and Zindagi Gulzaar Hai, none of the dramas matched up to expectations. So, it was with some trepidation that one watched the first episode of Yakeen Ka Safar on Youtube. But this weepy saga (from the Humsafar makers) has been rated as one of the top 10 all-time popular dramas. The presence of the immensely talented Sajal Aly (who played Sridevi’s daughter in Mom and was said to be very close to the late star) certainly piqued our interest levels. It would not be an exaggeration to call her the Alia Bhatt of Pakistan, given the powerful performance (she even won the best actress award for her role) as Dr Zubia, a young woman who undergoes tremendous upheavals and hardships with great sabr (tolerance) on her Yakeen Ka Safar.

The tagline Ghumman (doubt) ke baad, yakeen ka safar traces the parallel lives of two families, where members have had to undergo their own share of azmaish (tests) before they find their peace.Zubia Khalil mourns the tragic loss of her mother (who is physically pushed to death by her cruel father), and how her life changes living under the overbearing presence of a rigid father and a spineless brother (whose love turns hostile), who is strongly influenced by his manipulative wife.

On the other side of the spectrum is Barrister Usman Ali Khan and his cohesive family comprising his upright lawyer son, Daniyal , who goes over and above the call of duty to fight for justice for rape victim Noori — who has been brutally gang raped by a politico’s son and his friends.

The fallout of taking on a powerful politician leads to repercussions that impact the Khan family, especially his wife Gaiti and his mum, Lubna. Daniya’s younger brother, a hitherto carefree long haired guitarist and upcoming doctor Asfandyar Khan (played by debutant actor Ahad Mir), who grows up overnight going from fun-loving dude to a sober doctor. Everybody faces their own demons in this 29 episode series.

Asfandyar who heads to the US to do his masters in medicine returns to Neelam Valley to set up a hospital for the underprivileged. It is here that he meets Zubia, who has moved from her parental home to her aunt’s home in Peshawar before finding her bearings in this new environment. The relationship between Asfi and Zubia ais fraught with tension. The scenes remind you of the chemistry of Rahat Kazmi and Marina Khan (who play doctors in the 80s classic Dhoop Kinaare).

Neelam Valley offers solace and comfort to heal for all the characters, each of whom is dealing with their personal battles. The ending comes as a welcome relief not just for the audience but for these characters too, who finally make peace with their past.

If there is one thing you can be assured of is weeping copiously as Pakistani dramas revel in lingering on tragic moments with almost sadistic pleasure. That is all the secret of their high TRPs.