A platform for change

It has since gone on to win the first position at the India Ideas Summit of USIBC in Mumbai this year. 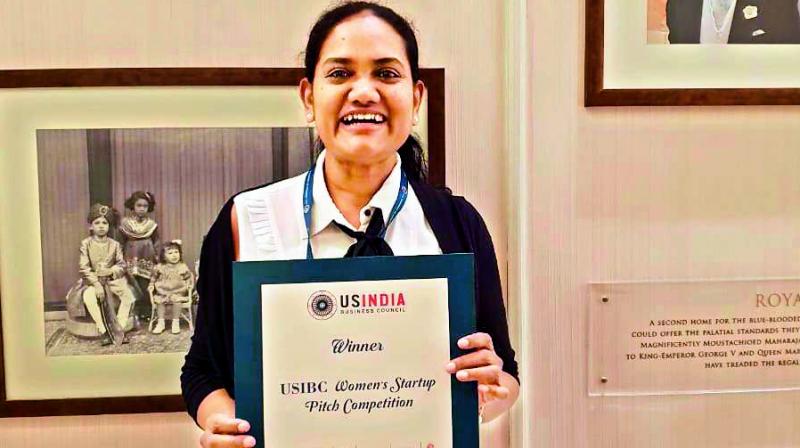 With a degree in chartered accountancy and journalism, Subalakshmi Krishnamurthy spent the bulk of her career as the head of the Public Finance Ratings Group at CRISIL. However, it was after her father passed away that she decided to do something meaningful for the society — a thought that he had ingrained in her.

In 2010, Macromoney Research, a state government and municipal research platform, came into being. It has since gone on to win the first position at the India Ideas Summit of USIBC in Mumbai this year.

“I got the idea from discussions with my late father, who was a member of parliament. He would tell me that everyone can contribute to nation building with the skills they have. I have always been interested in civic issues. After my father passed away, I decided to work towards improving urban governance in India,” recalls Subalaksmi.

But what exactly does she aim to achieve with this extensive database? “We are working to build an online municipal database for efficient deployment of public resources. There are nearly 5,000 urban local bodies and 1.2 lakh rural local bodies in India, so it is an enormous task. As a first step however, we created a library of state government and municipal budgets and reports at Public Finance India (www.publicfinance.in) which can be accessed for free. It has more than 1,500 registered users, mostly from the academic world and the research community,” she explains.

The organisation now aims to build a municipal database which will provide an information system to the municipal bond markets. It will also be a good tool for governance — as data can be compared across municipalities, best practices can be shared to improve revenue growth and cost recovery. “It will also set benchmarks for municipal revenues and expenditure. We want to influence public policy towards greater openness of government data and accountability,” says Subalakshmi, who found that access to information was a major hurdle to cross.

“One difficult part was the nature of my work — the challenge of working with government data. We often had to invoke the Right to Information Act even to access basic data that should be in the public domain. The other challenges come with being a woman and the lack of an ecosystem.” She adds, “It’s wonderful therefore to have the WE Hub in Hyderabad supporting women entrepreneurs like me. We need a helping hand to climb the ladder. As an Indian woman, I also have to juggle many  roles — as a homemaker, mother and primary caregiver — apart from my work.”

But did the exposure at the USIBC India Ideas Summit help her establish herself in the ever-evolving world of entrepreneurs?

“The India Ideas Summit of USIBC was fantastic and was attended by heads of State from India, members of the US Congress and Indian Parliament and the who’s-who of the Indian corporate world,” she shares.

“One of the issues discussed at length in the Summit was the lack of a municipal bond market in India to finance our country’s huge infrastructure needs. As my product is a solution to this problem, the summit was a great fit for me. I will always cherish the memory of having my work endorsed at the USIBC. I couldn’t have asked for a better platform. I am lucky to have a family that supports me. My siblings are all professionals and I ask them for  their advice,” she concludes.