Anarkali comes back to life 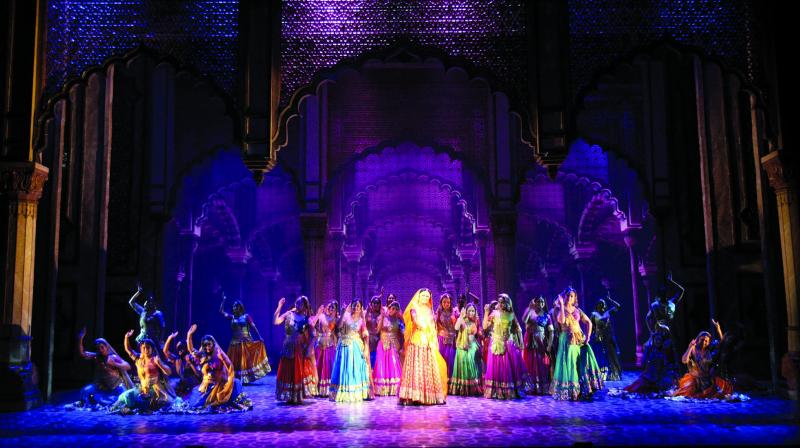 Asif’s Mughal-E-Azam — after being premiered in October — is coming back to NCPA for the second season from January 5.

Starting a career in a huge theatre production, then shifting to minimalism and then back to a musical extravaganza, Feroz Abbas Khan’s life as a director has come a full circle. His latest work — a screen-to-stage adaptation of K. Asif’s Mughal-E-Azam — after being premiered in October  — is coming back to NCPA for the second season from January 5.

For someone who had begun his career in large-scale theatre production, his Broadway inspired musical might not be a surprise for many. He had started his career with high budget Royal Hunt of the Sun and his second was a Gujarati play Eva Mumbai Ma Chaal Jaiye. But through a career spanning more than three decades, Khan’s aesthetics evolved into the ‘less-is-more’ sphere and achieved great success at that.

“I was intimidated by large scale projects and gradually shifted towards minimalism,” he says. Tumhari Amrita, could ring a bell, where Farooq Sheikh and Shabana Azmi instead of memorising a script, read out letters for one-and-a-half hours.

However, Feroz never really could forget his first love — musicals. “There is a great joy in musicals of large scale productions,” he admits. The idea to adapt Mughal-E-Azam occurred to him several years ago, but it was only this year that he was able to crystallise his dream in reality.

“When I watched the colour version of the film, it struck me that it would be really nice to see it as a play on stage, because essentially that’s what it was — ‘a play on screen’. That doesn’t mean I am undermining the dialogues or the camera work or even the sets,” says Feroz, whose debut as a director was Gandhi, My Father. It was released in 2007 to much acclaim. Explaining his earlier analogy he adds, “Indian cinema was almost like shooting a play with a camera. That was the basic language of Indian mainstream cinema. At least initially.”

His fascination with Mughal-E-Azam, he says was the story of Anarkali. “It’s very theatrical. And the film has everything that a large scale production needs — larger than life characters, grand scale and music,” he explains.

Feroz also takes pride in a poster that he owns of the abandoned first attempt of K. Asif’s Mughal-E-Azam. The initial attempt, which had Nargis as Anarkali and Chandra Mohan as Akbar, was aborted due to the Partition of India in 1947.

Cut to 2016, the first season of Khan’s play premiered on October 21. For the play, Feroz brought in a team of Broadway technicians, Kathak dancers from across the country, and the costumes were designed by Manish Malhotra. “I had gone to get the rights from Shapoorji Pallonji (who produced the fim), and they readily offered to produce the play as well,” Feroz says.

For those not in the know, Feroz started his career at Prithvi Theatre where he had also been the artistic director of the annual festival in 1983. Today as he makes his way back in the field, he can;t help but reminisce by the days gone by Or as he calls  it, ‘The golden period of Indian theatre’. “There were writers and artistes who were socially and politically engaged. They were constantly trying to provoke and raise questions with powerful plays. People like Satyadev Dubey, Paresh Rawal. These days, I find the plays socially shallow. The younger generations are talking about personal crisis but are not politically and socially engaging. There’s a status quo,” he explains ruefully, adding, “I’m strictly speaking of Hindi and English theatre because there’s some phenomenal work going on in Marathi.”

To some extent, he feels there’s a certain “feudalism” that has come into play. There are too many family and friends enterprises. And as long as they don’t aspire to raise it to certain level, the art is going to perish,” he concludes.

Mughal-E-Azam will play at the NCPA daily from January 5 till January 15. Weekdays will have one show, and an additional show will be added on weekends.