The film was inspired by Bruce Springsteen’s music and his approval meant the world to me. 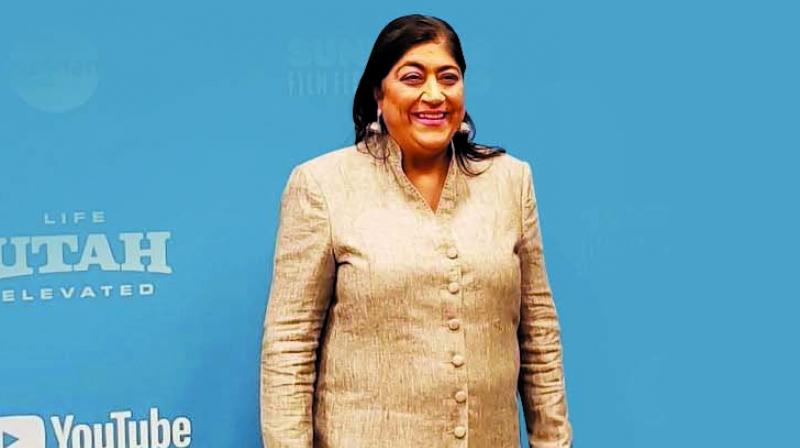 Grurinder Chadha couldn’t be in a happier place, quite literally. The director is currently taking a well-earned holiday with her family at a beach resort while basking in the success of her new film Blinded by the Light.

“A friend gave me Bruce Springsteen’s Born To Run album. What fascinated me on the cover was the image of a white man with a man of colour. Back in those days, this kind of cultural solidarity was rare. I was immediately charmed by Bruce’s music. He sang about working-class problems, about the dreams and aspirations of fringe people. He sang about people like me, and today he is as relevant to the generation as represented in Blinded by the Light as he was to my generation,” says Gurinder, who is proud to have Bruce Springsteen’s approval for the film.

“I love the praise that’s coming the film’s way, but the ultimate compliment was that Bruce Springsteen himself loved it! The film was inspired by his music, and his approval meant the world to me. He came to the film’s New Jersey premiere with his lovely wife Patti,” she shares.

Gurinder is also gratified by the audience’s response to Blinded by the Light. “I’d agree with you when you say it’s my best-received work since Bend It Like Beckham. Actually, I had to wait before doing Blinded by the Light. I couldn’t do another film on a young Asian-Britisher’s struggle to do his/her own thing so soon after Bend It Like Beckham. But then Brexit happened, and I was very upset and angry with what was happening with migrants and so-called outsiders.  I had to tell this story of a young man of Pakistani origin, who is so deeply connected to Bruce Springsteen’s music.”

When asked about the casting, the director says that though they had someone else in mind for the lead, Viveik Kalra pulled through. “I met Viveik and he was so sorted and wise beyond his age. He has contributed tremendously to the film industry, and he is not the least enamoured by the trappings of stardom,” says Gurinder, adding that he plays a culturally specific character in the film.

“I believe in Danny Boyle’s Yesterday, Indian actor Himesh Patel plays a colour-blind character. His cultural background is not mentioned at all. In my film, Viviek is a culturally specific Pakistani-Asian-British chap struggling with problems of the Asian community in the UK, problems that I faced when I came to England,” the filmmaker reveals.

She was not aware of Danny Boyle’s tribute to The Beatles while shooting Blinded by the Light. “When I was told that Danny was doing a Beatles tribute, I was completely surprised. But that turned out to be different, or so I presume. I haven’t watched Danny Boyle’s film,” she concludes.