They alleged the show had intentionally insulted the 'Nadaswaram' with the motive of attracting viewers and thereby caused defamation. 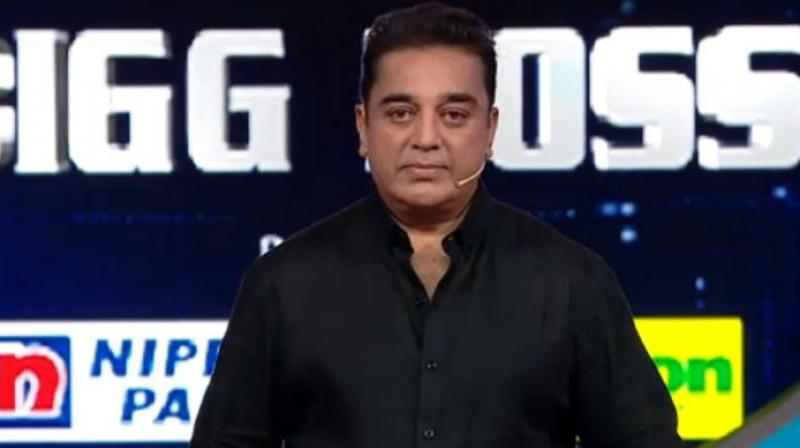 Chennai: A criminal defamation complaint was on Monday filed in a court here against actor Kamal Haasan alleging that he had degraded a particular community in the July 14 episode of the TV show 'Bigg Boss', which he hosts.

The complaint was filed in the metropolitan magistrate court here. The judge posted to September 1 hearing on the complaint.

Stating that 'Nadaswaram', a musical instrument, which is treated like 'god' by the Isai Vellalar community, its president K R Kuhesh, submitted that in one of the episodes, actor Sakthi was seen throwing it from one hand to the other in a cavalier manner.

The petitioner also contended that the instrument was kept on the dining table as 'Bigg Boss' participants were having their food, which was insulting and damaged the mindset of the Isai Vellalar community.

The show is being telecast on Vijay TV since June 24.

Contending that Vijay TV, Haasan, actor Sakthi and 'Bigg Boss' producers Endemol India Private Limited knew well that the act of insulting 'Nadaswaram' would hurt sentiments of the community, the petitioner alleged that Haasan had not sought any apology.

He also alleged they had intentionally insulted the 'Nadaswaram' with the motive of attracting viewers and thereby caused defamation, liable to be prosecuted and punished.