Why are some stars cagey about revealing that they have gotten married? 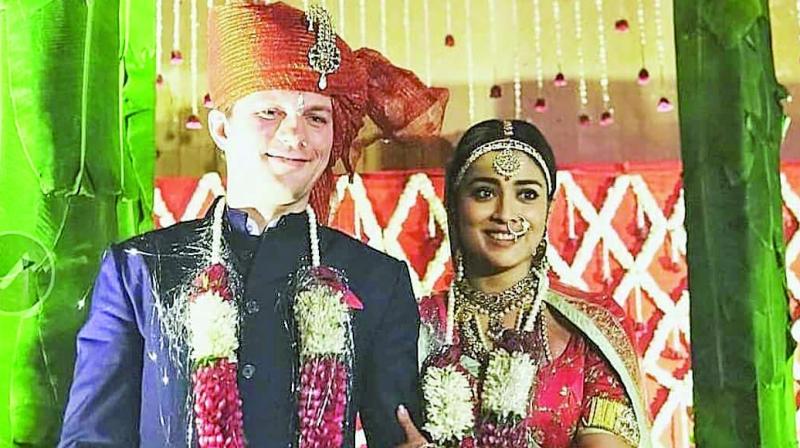 News of  celebrities getting married in secret always sends shock waves not just in the film industry but amongst fans too. Through the ages, marriage has always been considered a sacred and legal institution, celebrated through and through. So why do some celebrities prefer getting married in secret without letting the whole world know? Is it to gain more publicity or is it the fact that they want to keep atleast this aspect of their lives private since the rest is being publicised all the time? Hate Story 2 actress Suvreen Chawla took everyone by surprise when she made an announcement that she had gotten hitched to her boyfriend Akshay Thakker in a hush-hush ceremony in Italy. Ileana D’Cruz hid the truth of her marriage to long-time boyfriend Andrew Kneebone. The truth was revealed when she took to Instagram to post a few pictured during the Christmas season and called Andrew ‘Hubby’ in of the captions. Similarly Shriya Saran of  Drishyam fame chose to keep her marriage a secret when she married German boyfriend Andrei Koscheev in a private ceremony. Truth about this secretive wedding was revealed when a friend of the actress shared a picture of the newlyweds on his Instagram account.

South Indian actress Sukrutha Wagle believes that celebrities always try to keep their personal and professional life separate. “A celebrity may lie about his/ her marriage for various reasons. One of it can be that even today when an actress gets married, it means that her career, stardom and fan following ends. This is a sad but hard truth. Weddings are only hidden when an actress marries a non-celebrity who is not from the film fraternity. The second reason can be that some celebrities do not want those loud, glamorous and glitzy weddings. All they want is a quaint and small ceremony. Marriage is something that involves two families and so some families would not want the wedding to become a big media spectacle. This can also be a reason why celebrities refrain from opening up about being married. They come out into the open due to certain consequences which are not in control. The third reason is due to the guideline they are forced to follow while working on a movie or endorsing a brand. The celeb does not have a choice as it is their career at stake,” she explains.