This series is a roller coster ride of emotions. Suits best for a fun binge watching session! 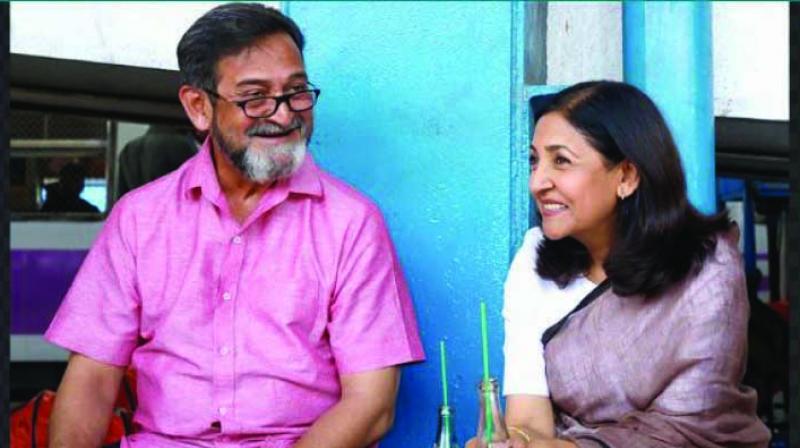 A scene from Pawan & Pooja

When two creative minds like Siddharth Malhotra and Shaad Ali set their hearts on exploring the dynamics of the man-woman relationship through the prism of contemporary perceptions, there is bound to be something interesting brewing in the backyard.

Sure enough Pawan & Pooja,  throws forward quite a bit of warmth and sunshine even as its take on gender relations tends to lean too heavily on coincidences and obvious props. Also, some of the situations whipped up in the ebullient  series is not entirely convincing. However, given the flights of fancy allowed to the tradition rom-rom, this extended version of  the genre is  not  without its merits.

Mahesh Manjrekar and Deepti Naval as a 60-plus  couple are  my favourite Pawan and Pooja. The two co-actors play out well against one  another  inducing just the right  amounts  of  nostalgia and warmth  into their  relationship. The only time I  stared at  them in  disbelief is when Deepti’s Pooja ticks off ‘pick-pocketing’ on her bucket list  because way back in 1974 she fell in  love with a film called Haath Ki Safai. What follows is a bit of a stretch, but nonetheless cute. And the actor who plays the professional pickpocket  guiding Deepti through her fantasy deserves  an award.

Sharman Joshi and Gul Panag, both fine actors, made me cringe for  all the right reasons. You see, their marriage has  run out of spark because…well, he can’t get it up anymore and she  just can’t stop taunting him about his drooping destiny in a  voice loud enough for  their son,  house help and neighbours  to hear.

“I have asked her to cook the small banana. Since that seems to be your  favourite vegetable these days,” Gul  adlibs poker-faced.  There  is  a  ‘p***s’ joke in a  lift which errr…does little to lift Sharman’s  limp fortunes.

The Sharman-Gul story  plays out as a mildly engaging sex comedy. Curiously the  story  of  the  youngest couple, played  with considerable  cockiness and charm by Taaruk Raina and Natasha Bhardwaj , set in the  self-seeking  predatory world of  the social media and its  constant hunger for sensationalism, plays out with an undertone of sadness, thanks to  the  two actors, specially Raina who  captures  the  attention-getting anxieties  of  a smalltowner with conviction.

All three couples have  sufficient meat  in the plot to chew  on, and they make the best  of  it. The  series maintains an  emotional equilibrium , never going  overboard in its quest  of  eyeballs. Three three pairs of actors  take care  of the rest.