‘AAPP unleashed the man in me!’

Amla Paul on her forest adventure, her Bollywood debut, and more. 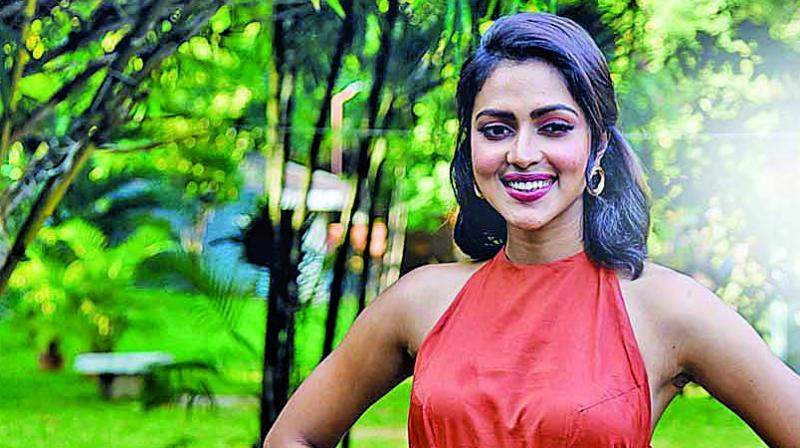 “I am an adventure junkie. I learnt yet another self-defence martial art, Krav Maga, which is used in street fights in Israel, for my action adventure movie Adho Andha Paravai Pole, which is helping me when I go on my real-life adventure trips. And, at a time when women's safety is a burning issue inthe country, it gives me immense happiness to be part of AAPP which imparts a huge social message to women of all age-groups,” says Amala Paul about her upcoming woman-centric film shot entirely inside dense forests.

The actress, hailed as a real-life ‘Action Queen’ by her team, talks to DC in an exclusive about why she was dropped from Mani Ratnam’s Ponniyin Selvan, the struggles she underwent with leeches, monkeys and porcupines while shooting in forests and her Bollywood debut with Mahesh Bhatt.

“Adho Andha Paravi Pole unleashed the man in me. Thanks to Arun, who penned the story, and Vinoth who directed the movie! The film is about a lone girl caught inside a forest, and what she encounters there. The story takes place in a time-span of 48 hours. More than the wild animals, she has to confront beastly men in the woods,” Amala reveals.

On opting for the bold subject, which was physically demanding, the Aadai actress says, “I am fond of forests and I'm a regular trekker in the Himalayas. That helped me train myself in Krav Maga and KutthuVarisai and I did all the stunts for AAPP without a body double. I was hurt and bleeding several times. But I didn't mind at all. I went into full action mode and enjoyed every bit of the shooting!”

“With the increasing incidence of sexual abuse against women, I strongly feel that every woman/girl should equip herself with self-defence techniques. This will help them during crises”, says the agile actress.

Having recently proclaimed that she lives a ‘Zen life’, Amala says she was not worried when there was no mobile network during the entire period of shooting. “Not only that, we did not have vanity vans and I was staying along with unit members at a nearby village. Leech bites were inevitable. We also encountered wild animals. All said and done, it was an unforgettable journey.”

On Mani Ratnam’s Ponniyin Selvan, she reveals, “I gave an audition and it was for the role of a shy princess. Maybe I didn’t suit the character Mani sir had envisioned. He said ‘we will work on a later project’. I took it in the right sense and moved out.”

“Had I signed Mani Sir’s film, my debut in Bollywood would not have happened. So, coming out of Ponniyin Selvan was a blessing in disguise,” she is quick to add. As for the Bollywood movie, “I am not allowed to talk much on my Hindi flick as now. All I can reveal is that, Mahesh Bhatt bankrolls it”, she says.

Amala will also be seen in a daring role in the Telugu remake of Hindi web series Lust Stories, which sparked a lot of debate among film buffs when aired in 2018.