For writer-director Pahwa, the inspiration for this tragicomedy lied in her own personal tryst with absurdity at her father’s funeral 30 years ago. 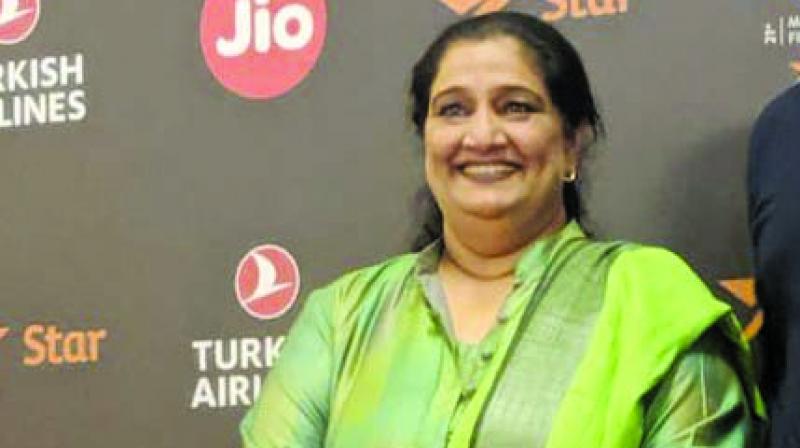 Seema Bhargav Pahwa was always here. Whether it was in Bareilly Ki Barfi or in Dum Laga Ke Haisha, Pahwa, with her seasoned portrayal of the small-town, quirky mother from middle-class households would often be a scene-stealer, sometimes even overshadowing some of the most well-billed actors of our times. So, she has always been here – discovered, acknowledged and known. But at the recent premiere of Ram Prasad Ki Tehrvi at the Jio MAMI Mumbai Film Festival with Star, the members of the audience saw a version of Pahwa that had never been seen before. Walking to the podium, amidst a standing ovation and the deafening sound of applause, Pahwa, visibly in tears, had successfully journeyed from an actor to a director.

Bulleted under the Spotlight category at the film-festival, Ram Prasad Ki Tehrvi captures the highs and lows experienced by the members of a family when they reconvene after the death of its patriarch. As the name of the film suggests, the cornerstone of the movie lies in the tragic death of Bauji, but as the five siblings along with their respective families get together at their ancestral home in Lucknow, the ridicule unfolds in the backdrop of melancholia and vice versa. From throwing caustic jibes at each other to engaging in harmless repartee, the members of the dysfunctional Bhargava family are the players of this tragicomedy, and the prudent Amma, who witnesses the farce unfold for 13 days, becomes one with the audience – a mere spectator.

For writer-director Pahwa, the inspiration for this tragicomedy lied in her own personal tryst with absurdity at her father’s funeral 30 years ago. “When my father passed away, I was observing the people who had stayed for 13 days. It was the occasion for mourning, but within those days, some had got busy with match-making while others were always conversing about food. Death is life’s biggest tragedy, but at that time, we don’t notice how we are behaving, and that itself is peculiarly funny. In such ways, we all have experienced comedy in tragedy and vice versa,” explains Pahwa, whose genius lies in aptly mirroring the real-life on the reel life.

With a dream cast including personalities such as Naseeruddin Shah, Supriya Pathak, Vinay Pathak, Parambrata Chatterjee, Konkana Sen Sharma, Vikrant Massey and Manoj Pahwa, among others, pouring on the screen, Ram Prasad Ki Tehrvi is one of the finest cinematic offering in contemporary times. But what drew these talent powerhouses to delineate a middle-class family’s life was Pahwa’s writing. Whether it’s the devil-may-care exchanges between the gossiping wives, or an unprecedented quip from wheelchair-bound fragile mother of the deceased, the veteran actress has demonstrated her keen sense of understanding of the people from the hearts of the hinterland.

“I have always been a very domesticated woman. I spent a lot of time at home, and so I spent a lot of time observing the people around me. An actor’s job is to pick up nuances from everyday life and understand them, so that it helps you out in the performance. All that knowledge and observation that I stored all those years perhaps came into use while writing and directing this movie. I knew how people would interact and talk; I have always enjoyed that. When I started writing, I just could not stop,” says Pahwa who wrote the script along with screenplay and dialogues in mere 15 days.

In addition to writing, the veteran actress’ direction skills allude to her more than 30 years of experience in the performing arts. Since Pahwa, self- admittedly, lacked the technical know-how of filmmaking, it was her knowledge of theatre and cinema that instinctively guided her. From accommodating 27 actors in one frame to swiftly changing the moods by a medley of long, still, and hand-held shots, Pahwa not only stitched different scenes in one film but even different stories in one scene. “It would not take me much time or effort to direct my cast or to even place them and ask them what to do in the background. I was very clear about what exactly I wanted from which actor. I was also quite confident of the long shots because I knew that almost all my cast members are from the theatre background. It was only the technical aspect of how to take these long shots that I learnt,” she confirms.

At heart, Ram Prasad Ki Tehrvi is an ode to familial relationships that are often eclipsed by internal factors like ego and desires. However, Pahwa revealed that as soon as the garb of the characters came off, the set of the film was like playschool where she was the teacher and the actors were students. “The relationship between an actor-director was very beautiful on the set. When they had reached Lucknow to shoot, I had kept letters on each of their beds, and I had addressed it as ‘Tumhari taraf ki director (The director from your side),” laughs Pahwa. Further narrating an incident from the light-hearted set, Pahwa recounts, “Naseer sir joined the rest of the cast and the crew in the last three days of the shoot. One day, someone might have served him food at lunchtime, and he came looking for me, telling me to pack up his schedule as he was not going to shoot any further. The ground shook beneath my legs. I asked him what had happened. And his response was: ‘Kya mai kaddu ki sabji khaanein aaya hu Lucknow mein? Lucknow aaya hu, sardiyaan chal rahi hai, badhiya khaana khaayenge’ (Have I come to eat a pumpkin stew in Lucknow, I have come to Lucknow in winters, we should have good food)’. It was very hilarious. I instantly got some Awadhi food for him.”