Films, conversations and Darren Aronofsky: all you need to know about the 20th edition of the festival. 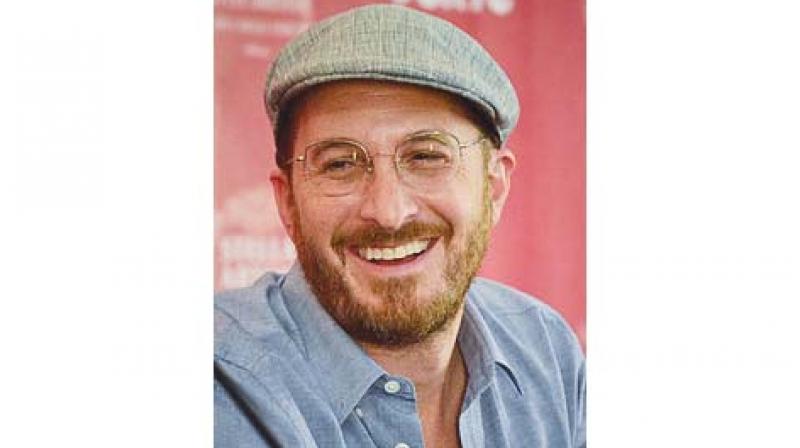 This year the 2018 Jio MAMI Mumbai Film Festival with Star enters its 20th year and will be held from October 25 to November 1, to celebrate the best cinematic offerings from India and around the world. The weeklong festival will showcase around 220 handpicked films with cutting edge narratives, riveting screenplays and ambitious filmmaking from across genres. Languages such as Icelandic, Farsi, Afrikaans, Swalihi, Kikuyu and Tagalog will be brought to India through some of these films.

This year, MAMI will pay tribute to the extraordinary life and career of Sridevi, honoring her invaluable contribution to Indian cinema. The festival will also be honoring the legacy and works of the iconic Swedish auteur Ingmar Bergman with a section celebrating the centenary year of the master’s birth with four of his best works and a documentary based on his life.

This year, MAMI will bestow the Excellence In Cinema Award upon Shyam Benegal for his unparalleled contribution to the landscape of Indian cinema. It’s not uncommon to bump into the portly director at the festival, year after year and, be charmed by his mere presence. Shyam has also been instrumental in starting the festival in India, which makes him a fitting recipient of the honour.

Categories at the festival
Opening Film
The festival will open with the Vasan Bala directorial Mard Ko Dard Nahi Hota which is the story of a young man born without pain receptors, who wants to pit himself against 100 opponents in a kumite tournament. The film also won the Peoples Choice Award in the Midnight Madness section at the 2018 Toronto International Film Festival (TIFF)

Dimensions Mumbai (Short films)
This section turns nine this year and was conceived by Jaya Bachchan in 2009 to encourage the efforts of young filmmakers. This year the selection offers 16 shorts across both fiction and documentaries that are of a five-minute duration or less and are made by Mumbai-based filmmakers between the ages of 18 and 25.

India Story (Feature Films)
India Story features films that highlight and celebrate the rich diversity of India. This year the section includes 12 films — all of which are World Premieres that celebrate the spirit of India through cinema. This section was first introduced in 2015 and focuses on translating the diverse cultures of India into cinematic goodness.

Discovering India
This section is as old as MAMI itself and was previously called ‘Films from the West with an Indian theme.’ While the organisers have given way to the name, the essence of this section remains the same. This section is curated by veteran journalist and film programmer Uma Da Cunha and showcases three film directors from around the world, in addition to a film doing its world premiere.

International Competition
Founded in 2009, this section has screened path-breaking debut films such as Benh Zeitlin’s Beasts of the Southern Wild, Nagraj Manjule’s Fandry, Chaitanya Tamhane’s Court, and Carla Simón’s Summer 1993. The eclectic offering comprises of both documentary and narrative features and includes films from all corners of the world. These films will compete to win the Golden gateway trophy and an enviable cash price.

Spotlight
This is an out of competition sections that shines the spotlight on films and narratives that push the boundaries of conventional filmmaking. Spotlight section this year is made up of three feature films, of which two are World Premieres and an anthology comprising World Premiere of five short films.

Marathi Talkies
As the name suggests, this section is dedicated to the cutting edge films from Marathi cinema that most would agree, is witnessing its golden era. These films showcase the immense talent of rising directors from Maharashtra who choose contemporary themes and unexplored paths in story telling.

Play
PLAY celebrates the youngest medium for storytelling; the Web and will showcase Gurmeet Singh’s Mirzapur this year.

Half Ticket
This section we showcase the best films (features and shorts) for children between the ages of 5 and 17.  This year at Half Ticket, will display 21 films, divided into five features and 11 short films in the competitive section and three features and one short film in the curated section from all around the world.

World Cinema
The world cinema category at MAMI is one of the most sought after as it premieres the newest and most acclaimed films from around the world. This year the section covers 64 films from 43 countries in 37 languages. The festival also celebrates favourites like BlacKkKlansman (Cannes Film Festival), Sorry to Bother You (Sundance Film Festival), Rafiki (the first Kenyan film to be selected at Cannes Film Festival), Berlinale winner Mug by Malgorzata Szumowska and Sundance winner The Miseducation of Cameron Post by Desiree Akhavan among others.
The other categories at the Festival include Rendezvous with French Cinema, After Dark (Horror, Sci-Fi, Fantasy, grindhouse and thrillers) and Restored Classics (From India and around the world). Among the 220 films, nine films have also been selected to compete in this year Oxfam Best Film on Gender Equality. Rima Das’ Village Rockstars was the recipient of the award last year. The winner of this category will be announced on the closing of the festival.