The Sikh community has come after Sacred Games season 2 over a scene where Saif’s character abandons his kada. 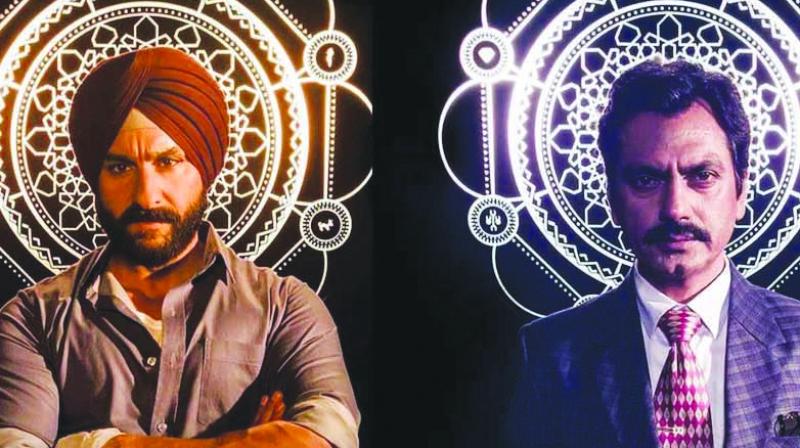 First, a section of Hindus were upset with the second season of Sacred Games over the use of Aham Brahmasmi to promote violence.

First, a section of Hindus were upset with the second season of Sacred Games over the use of Aham Brahmasmi to promote violence. The slogan that is used by Pankaj Tripathi’s character — a Rajneesh type baba — based in Croatia who uses sex to liberate, and violence as a promise to take people back to the Satyug (Age of Truth).

But now, the Sikh religious leaders are upset that Saif Ali Khan’s Sartaj Singh throws away his kada (bangle) into the Arabian Sea after realising that his father was part of that cult. An Akali Dal MLA from Delhi, Manjinder Singh Sirsa, has now urged the makers to remove that scene from the episode. “I wonder why Bollywood continues to disrespect our religious symbols! Anurag Kashyap deliberately puts this scene in Sacred Games S2 where Saif Ali Khan throws his kada in sea! A KADA is not an ordinary ornament. It’s the pride of Sikhs & a blessing of Guru Sahib,” the MLA tweeted about the matter.

Few months ago, Anurag Kashyap was in trouble with the Sikh community when members of the community objected to the bad portrayal of Sikhism in Manmarziyaan last year. The objection then was over Taapsee and Abhishek smoking cigarettes and the inappropriate removal of the pagdi (turban).

Also, Shah Rukh Khan was in trouble for his film Zero when the Delhi Sikh Gurudwara Management Committee (DSGMC) was upset about the use of kirpan (knife) in the poster, which was later rectified. Ajay Devgn too was faced the ire for his film Son Of Sardaar.