Stars pretend to be ‘good friends’ even after a bitter break-up, if it’s mutually beneficial. 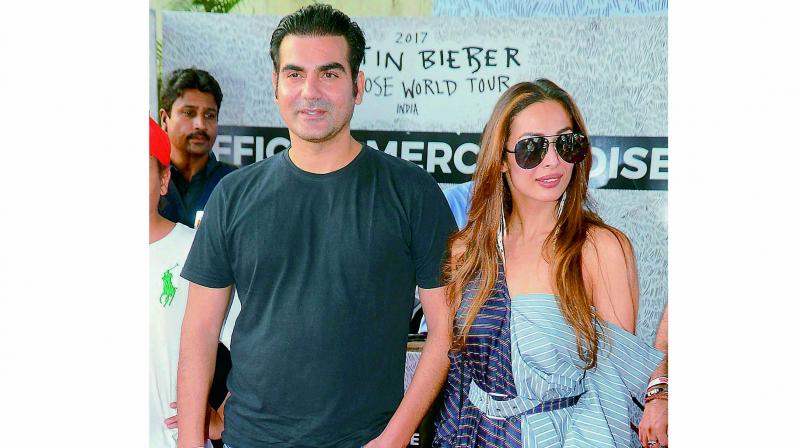 There was a time when breakups were full of drama. Couples who split, kept their distance from each other and if they happened to be movie stars, much dirty linen would be washed in public. But times have changed: exes hang out with each other, not necessarily out of love, but out of convenience and practicality.

So if you spot the recently divorced Malaika Arora and Arbaaz Khan brunching together at a plush eatery in Mumbai, don’t raise an eyebrow. “He will always be family,” said Malaika, who understands the importance of being friendly with Salman Khan’s brother.

Plus, when there is a business proposition that benefits them, they might join hands and work together too. It comes as no surprise that Arbaaz and Malaika are co-producing Dabangg 3 and the former wants Malaika to even do a song-and-dance number in the film!

A prominent star-watcher points out, “They both stand to gain professionally and financially if the movie works.”

Friendships in the industry have always been need-based. Even ex-lovers Ranbir Kapoor and Katrina Kaif are pretending that all is hunky-dory post their bitter split. Ranbir apparently just packed his bags and walked out of their shared apartment — without even bothering to explain — when Kat was not in town. “It is heartening to see that they are setting aside their personal differences and possible feelings of hatred to promote Jaaga Jasoos. “I respect Katrina, since she was the one who was wronged. She’s being very professional,” says a filmi source.

“Don’t forget, they are contractually bound to promote the film together. That is why Katrina keeps saying she will do everything required by the producers to promote the film; after all she will also benefit if the movie succeeds,” says another entertainment head.

This is not the first time that Ranbir is working with an ex. He has worked with Deepika in the successful Yeh Jawaani Hai Dewaani. While their relationship ended because Ranbir allegedly cheated on her with Kat, today they pretend to be the best of buddies. Deepika was shrewd enough to realise the importance of Ranbir in her career. So, she swallowed her humiliation and extended the olive branch.

“These young stars are smart enough to realise that they stand to lose, if they let their personal equations impact their professional relationships. They may hate each other in private, but for the sake of their films, they will always maintain a good rapport in public,” says a prominent industry watcher.