A new brand of films is promoting Hindi and breaking away from an elitist portrayal of English-speaking population. 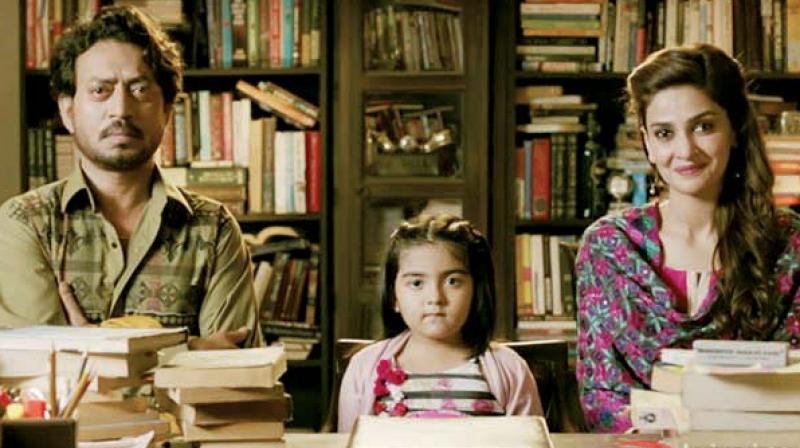 The poster for the film Hindi Medium

Bollywood seems to have come a long way since the days of Namak Halal when the film’s protagonist, Amitabh Bachchan, was proud of his ability to ‘walk, talk and laugh’ English. If the new brand of cinema is anything to go by, speaking Hindi unapologetically, almost with a rustic, desi charm, is the new cool.  From the village boy Badri in Badrinath Ki Dulhaniya to the upcoming Half Girlfriend and Hindi Medium, the Hindi-speaking protagonist doesn’t care much to fit in with English-speaking skills.

Mohit Suri, the director of Half Girlfriend, believes it’s time to address the elephant in the room and talk about the problem that mars a huge part of our population. Mohit’s film is a story about a boy from a vernacular background who falls for a popular, English-speaking girl in college and how he fights his complex over the course of a few years. “It’s the colonial hangover. I won’t take names, but even in our industry, an English-speaking person is considered cooler than a non English-speaking person. Other countries don’t have that problem. It’s a very relevant issue that Chetan (Bhagat) has caught on,” says Suri.

Chetan, whose book by the same name has been adapted into the film featuring Arjun Kapoor and Shraddha Kapoor, admits this is a case of art imitating life. “I did a little survey before writing the book and asked a few women if they’d date a boy who can’t speak English. The answer was ‘no way’! I felt strange at that response and even guilty because my book at the end of the day, is written in English.” 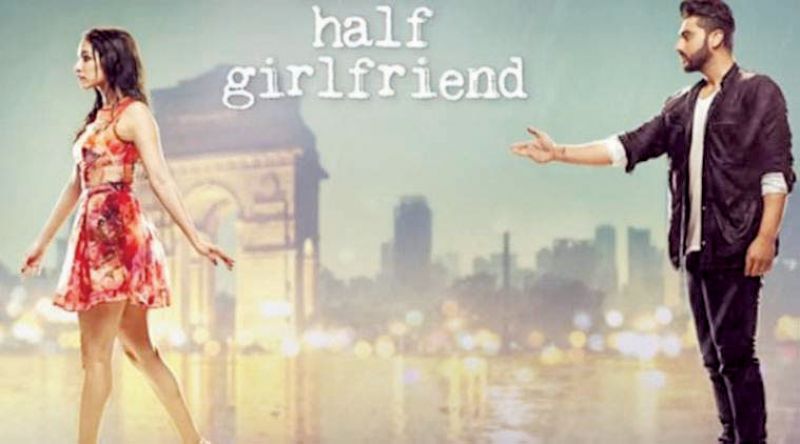 Both Mohit and Chetan believe that the book, and now the film, bring to the fore an issue that is often brushed under the carpet. While it may not revolutionise the use of Hindi, the makers hope that it starts a conversation around the taboo.

Much like Irrfan Khan, whose film Hindi Medium is the story of a couple that is trying hard to get their daughter into a reputed English medium school due to the pressure of society. Interestingly, the actor had a similar experience in real life too. “I was in an English medium school but my mother insisted that I be admitted into a convent school. We were told that we’d be able to speak English by the fourth standard, but that didn’t happen. In fact, I’m still waiting for that day,” he says jokingly. On a serious note he adds, “We have a mindset in our country where it’s unacceptable to mispronounce an English word. If you do that, you’re good for nothing. If you look at our yesteryear actors, they all had a great command over Hindi. English didn’t matter. Now it’s all about how well you can speak English. I hope the film contributes to drawing ones attention towards this.”

Exactly what actor Arjun Kapoor who plays the protagonist in Half Girlfriend, hopes to see too. “Youngsters these days can blabber away in English, but they aren’t able to hold a long conversation in Hindi. The function of a language is that it should help you communicate. As long as one can do that effectively, how does it matter which language you do it in? I hope people will realise the importance of one’s native language after watching this film,” says the actor.

The poster boy for Hindi comedy today, Kapil Sharma, too will tread along the same lines in his film called Firang. In video called Angrezipanti that released a while ago, the actor reiterated the importance of acknowledging the worth of Hindi. “Kisne kaha ki jo angrezi jhadega wohi jhanda gaadega?’ he questions the audience. “There’s nothing wrong in talking in English. But that doesn’t mean you disrespect our languages. We must learn to respect our voices the way the Japanese or Russians do in their respective countries,” he said.