The 8th edition of Bengaluru’s famous comic fest saw some new characters from video games as opposed to the classics. 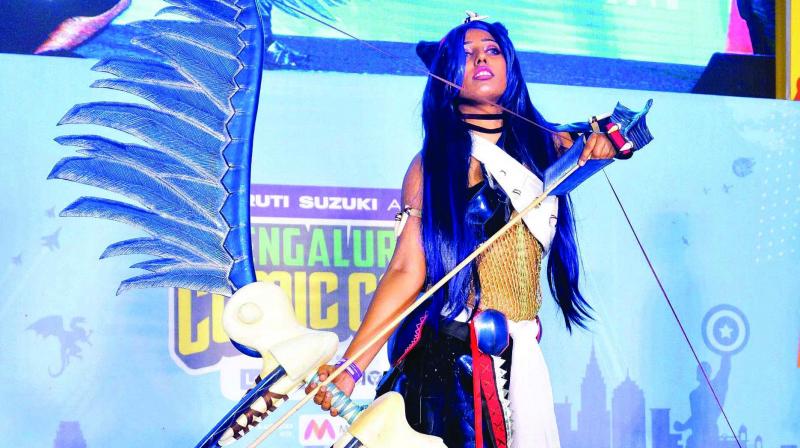 A cosplayer at the Comic Con

It’s time for you to wear your favourite comic costumes and live their lives! You might even bump into enemies but you’ve got to behave because it is that time of the year when all the comic characters come together in harmony under one roof to embrace the world of comics at the Comic Con. It’s 8th edition in Bengaluru was hosted over the weekend. While we stood a chance to meet our classic comic characters like Spiderman, Batman, Hulk, Captain America and others, we did notice that comic fans are leaning more towards  video game characters. We delve deeper to analyse this new affiliation.

Jatin Varma, founder of Comic Con says, “With a mix of games like the famous CSGO, DOTA to League of Legends,  Fortnite and others with inspiring characters gaining popularity in India over the years, it is inevitable to expect these characters.”

Speaking about the shift of comic fans Jatin adds, “In my opinion, people are bored of the classic old content and are in the constant lookout for something new. Thus, with an increase in the demand for newer characters, the production of newer games, animations, movies and web-series increased.”

Adam Ellis from the State of Oregon is prominently known for his webcomics in buzzfeed says, “My visit to India has been incredible. The widespread market and the OTT channel’s attractive subscription plans are creating a wave of trend and creativity, which is one of the main reasons for this shift.”

Gaurav Basu aka Acid Toad, a guest artist who also loves to dress up as the notorious Dead Pool says, “It is always the trending characters that are picked for cosplays. Like the previous year a cartoon character from Rick and Morty was the most common character and this year it was Joker because of the mind-blowing performance of Joaquin Phoenix and several video game characters like the Final Fantasy which have its own potential. Thanks to the advent of technology and the scope for creating new content, comic lovers are given more options.”

Ranjith Nair an ardent comic lover who was at the event believes that the shift is because of the lack of knowledge. He opines, “People today are following commercial and familiar characters that are popular because of the extensive promotion these characters get. There are several comics that people aren’t even aware of. The misunderstanding of the purpose of Comic Con is what has lead to the shift. If people put a little more effort in getting to know comics and help in reviving it the event might just be a success in its truest sense.”