Moving on the beats

DJ Fred Maestro from Paris and Luis Vasques from Mexico performed in the city at the first edition of Indian Afro-Latin Sensation 2019. 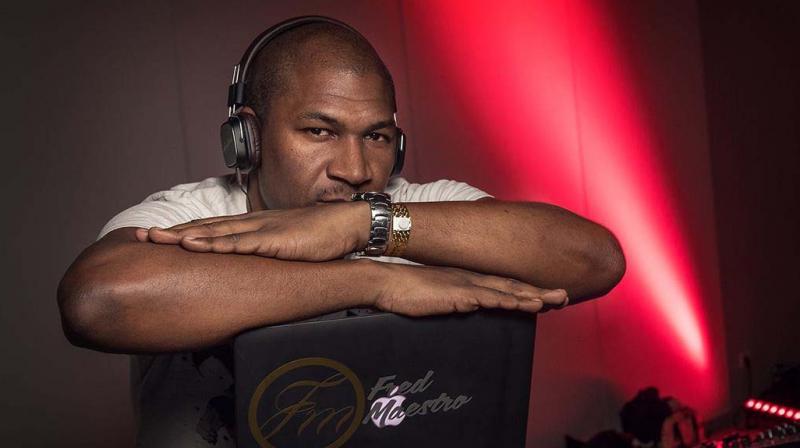 The Indian Afro-Latin Sensation 2019, curated by Pure Latin Fever, brought together some of the most ambitious and veteran fusion dancers from India and around the world. Organised for the first time in India, the three-day festival saw various dance forms such as salsa, mambo, bachata, kizomba, semba, tarraxinha, urbankiz, among others. And among them were renowned kimzomba DJ Fred Maestro from Paris and Luis Vasques from Mexico.

“It’s a real pleasure. India is culturally very sound and I really wanted to perform here. It is a privilege,” says Fred, who also observes that India is raising its bars as far as salsa dance is concerned, “So it’s great to be here.” On the other hand, Luis who has earlier visited the country 20 years ago, feels that the dance scene has changed a lot. “It wasn’t the same way back then. I feel that soon Indian will produce some best dancers who can represent the country on the global stage,” says Luis, who is known for mesmerising the audiences with his sharp and passionate salsa dance.

With spinning moves, stunts and dialogues, Luis’ performance looked more like a dance theatre presentation, a style he has developed over the years. “We combine music and dialogue in the performance so that we can communicate with the audiences. My style just grew because of this fusion,” he explains. Similarly, Fred’s performance with his female partner on the beats of samba music, showed brilliant coordination coupled with the energy of both the dancers. “You can’t dance alone. You need to have a connection with your partner to have this kind of performance. It is like one leads and other follows so the leader needs to understand the leads of the dance and the follower needs to understand the steps to follow,” he elucidates.

Following the traditional techniques at its core, the dancers combine the most contemporary dance forms in their performances. “We have to mix new things else it will become boring for the audiences. We need to keep this dance form evolved and contemporary,” says Fred and adds that he wants the audiences to visualise his performance as if they themselves are performing. Luis too supports the idea of making his performance different all the time. “Salsa is a demanding dance form but when you combine other forms it makes new all the time,” he insists.

While fusion dance is becoming very popular in the world of dance, of late, fusion Afro-Latin is on the top of the charts owing to the beauty of its movements and techniques. While every 10 years, there is a new dance form that becomes popular, Salsa, on the other hand, is relevant even after more than seven decades. “20 years ago, I was the only dancer to perform salsa in many countries and now I see a lot of people practising this form. I think this dance form is contagious,” Luis laughs and suggests that to become a good salsa dancer, one needs to master the art of persistence along with dancing steps and respecting the partner. “The other person is dependent on you. It is important for both the performers feel comfortable with each other for a good performance. The girl has to be given the centre stage,” he says

As most of the international performers express their wish to collaborate with Bollywood music and dance, Luis and Fred are no different. “I had the opportunity to collaborate with Bollywood years back for six months but I couldn’t leave LA for that long. But if I get an opportunity in future I would love to take it,” expresses Luis and Fred adds that he hasn’t planned for any collaboration but would love to do that. “It’s a nice idea. We use Bollywood music in our kizomba performances but never any dance form. I am open for any opportunity like this,” he says in conclusion.