The actress visited her boyfriend, Virat Kohli, in Kandy, but her trip was kept under wraps. 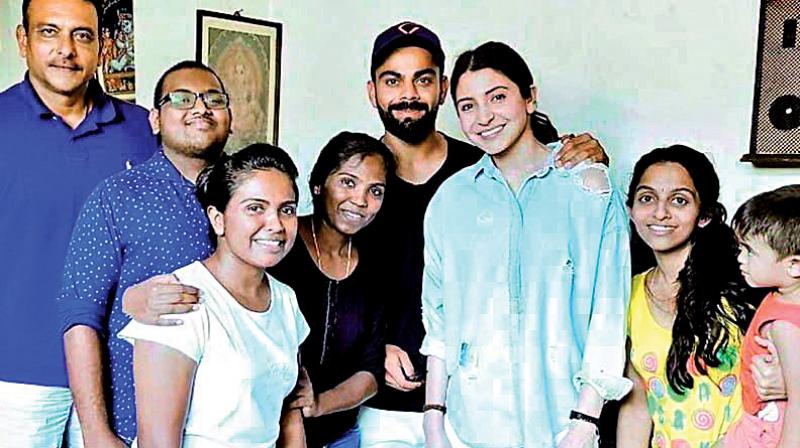 Virat and Anushka spotted with fans in Sri Lanka. Ravi Shastri was present too.

Virat Kohli’s actress girlfriend Anushka Sharma returned from Sri Lanka on Thursday morning. According to highly placed sources, during her surprise visit, she met the India Team captain and spent some quality time with him, but was not staying in the same hotel in Kandy, where the team was put up.

“Her arrangement in Sri Lanka was made by their friend and the travel agency was handling her transport,” says the source, adding, “To avoid rush from the media and autograph hunters, the name of the hotel where she was put up was kept a secret.”

Perhaps, even the BCCI policy would not have allowed the bachelor couple to share the same room in the hotel.

Wives and children of married players have all left Sri Lanka as they are not supposed to stay with the players during the ODIs. R. Ashwin’s wife, Priti, and children were present only till the Colombo Test and did not travel to Kandy.

Meanwhile, Umesh Yadav’s wife, Tanya, Wriddhiman Saha’s wife, Romi, and Ishant Sharma’s wife, Pratima Singh (an athelete and a basketball player), along with their children, who were in Sri Lanka for the Test matches, have also left for India.