Prabhas reacts uncharacteristically to rumours of marriage with Anushka Shetty

The ‘Baahubali’ actor was once again asked about marriage rumours with Anushka and it was a different reaction this time. 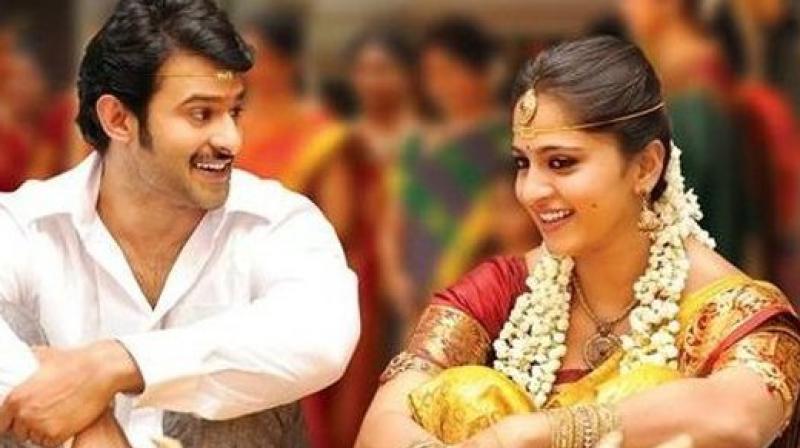 Prabhas and Anushka Shetty in a still from ‘Mirchi.’

Mumbai: Will they or will they not? Are they dating or are they just friends?

The exact equation between Prabhas and Anushka Shetty has been a mystery for the past few years.

The rumour mills flashing reports of a romance and marriage between Baahubali and Devasena have not slowed down despite the two actors sticking to ‘just friends’ tag on multiple occasions.

The latest development in the saga, if we may call that, was reports of Anushka’s parents performing rituals for their daughter, who they are keen to ‘marry off’ by the end of the year with a 'perfect' groom.

Following this, throwback quote of Prabhas’ uncle Krishnam Raju saying the Tollywood star will get married this year surfaced, and people were quick to put two and two together.

The actor has now finally reacted to the rumours. "It's my private matter and I don't want to reveal anything," he told a daily, according to a report in India Today.

He added that he would let his fans know when he decides to get engaged.

Prabhas’ response to the rumours this time is very unlike what we’ve seen of him.

The actor usually takes queries regarding the same rumours sportingly. Once he had joked that link-up reports makes him wonder if there’s actually something between them, and he had also said such stories are common when a pair does more than two films together.

But this time his response hinted at annoyance and we wonder if it’s a case of 'bitter truth.'

For the unversed, even Anushka had said before, “We are very good friends. But we aren't getting married. I am in no hurry to settle down."

Like the ‘impending’ marriage of Ranveer Singh and Deepika Padukone, we will have to wait for an official confirmation for this couple, if any.